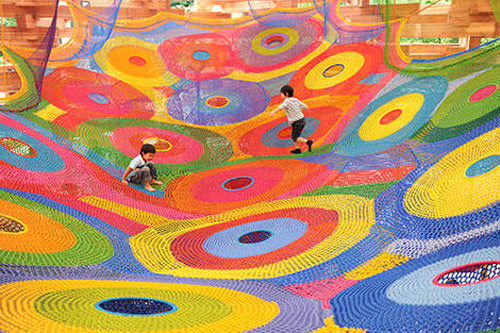 From a yarn playground crocheted by hand to a glow-in-the-dark skatepark, these are some of the coolest playscapes I’ve seen yet. 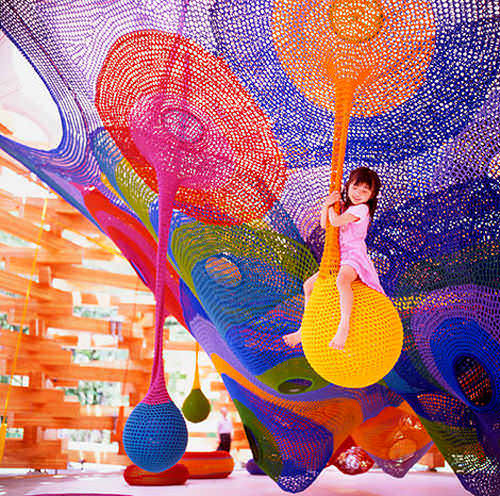 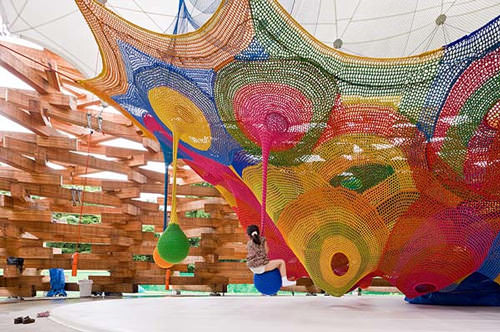 Lots of people crochet, but how many do you know that order yarn by the ton? Such is the case for Toshiko Horiuchi MacAdam, the artist behind the stunning Rainbow Net playground at the Hakone Sculpture Park in Japan. The idea for the crochet playscape actually happened by accident, after Toshiko observed two children interacting with a crochet art installation she had on exhibit. (via playscapes) 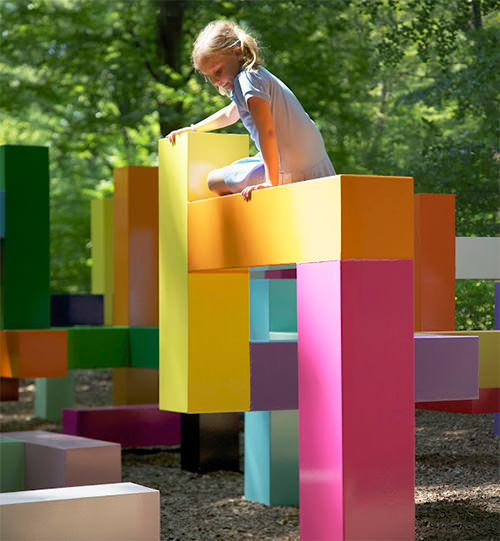 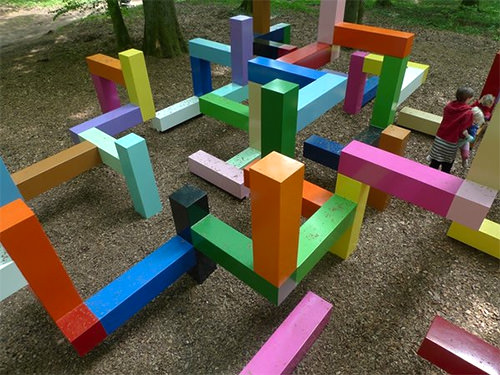 The colorful Primary Structure by Jacob Dahlgren is located deep in the forest of a rural estate in Sweden called Wanas. Serving as part of an arts foundation,  the wooded estate has over 50 permanent outdoor art installations that are open to the public during various exhibitions and festivals that are held throughout the year. (via playscapes) 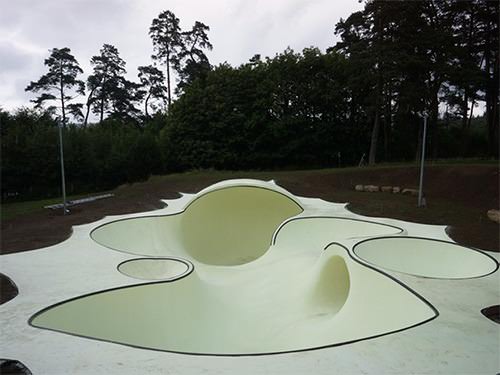 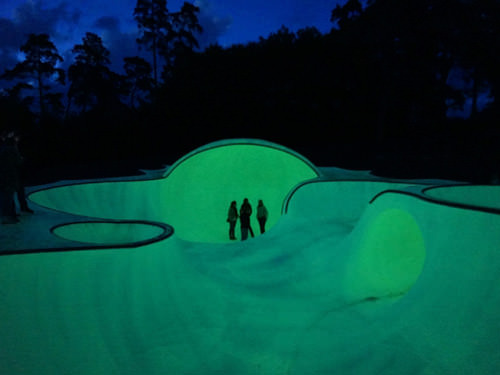 Skaters can burn the midnight oil at OTRO, a glow-in-the-dark skateboard park located on Vassiviére Island in France. Taking over four years to complete, Korean designer Koo Jeong-A used phosphorescent concrete that creates a nightly glow equivalent to the light of a million fireflies. (via designboom)