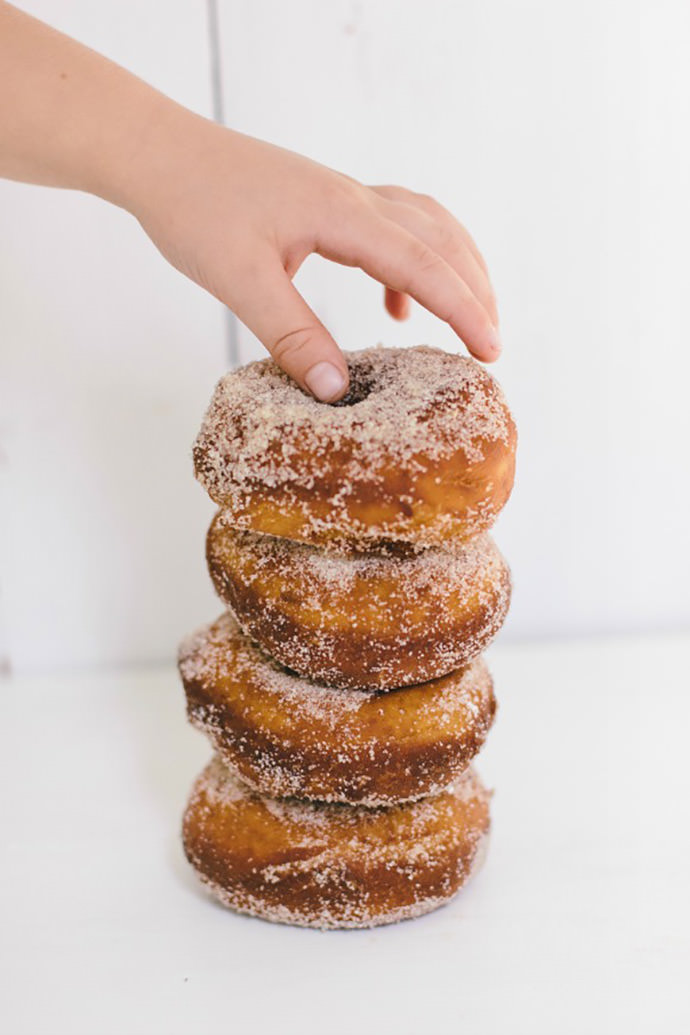 The beginning of fall smells of crisp air, fresh fallen leaves, and… doughnuts. I’m not sure what it is about the changing of the season, but doughnuts immediately move up to number one on my to-do list. I recently discovered brioche doughnuts, and they are now my pastry of choice. Using a no-knead dough makes this recipe a snap—and the hardest part is cleaning up the oven afterward. 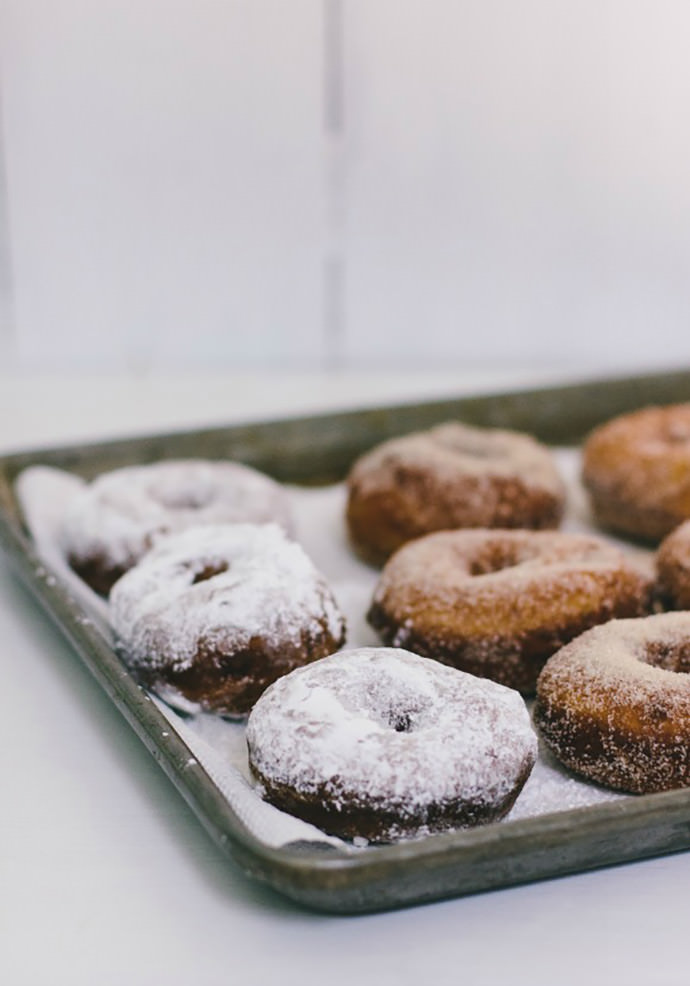 The dough is made using BreadInFive’s No-Knead Brioche Dough recipe. The master recipe will make more than needed, but there are so many other wonderful things to do with the dough, it’s worth making a whole batch. (For instance, this monkey bread is another good treat!) 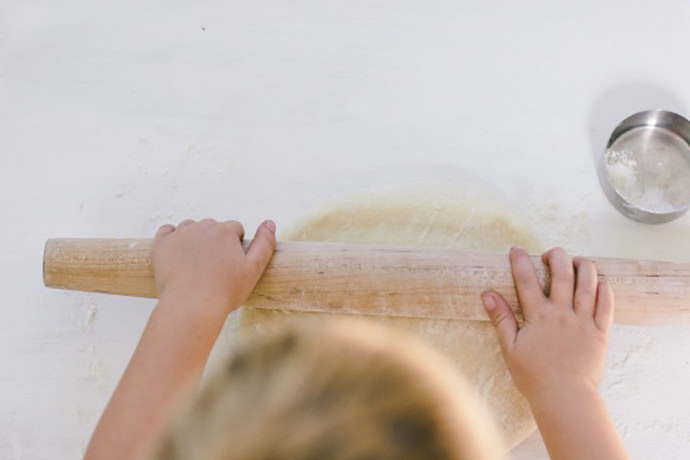 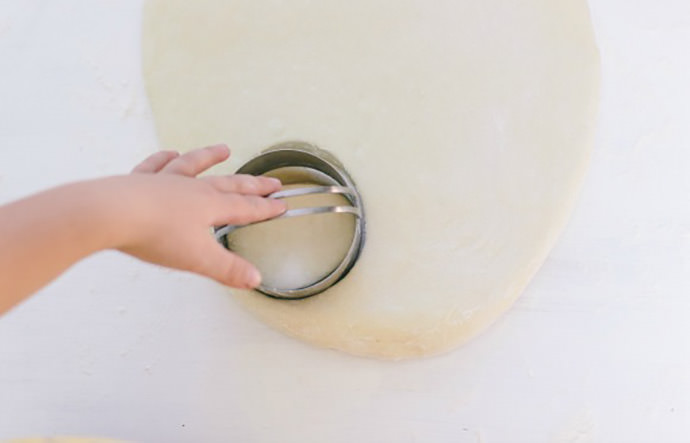 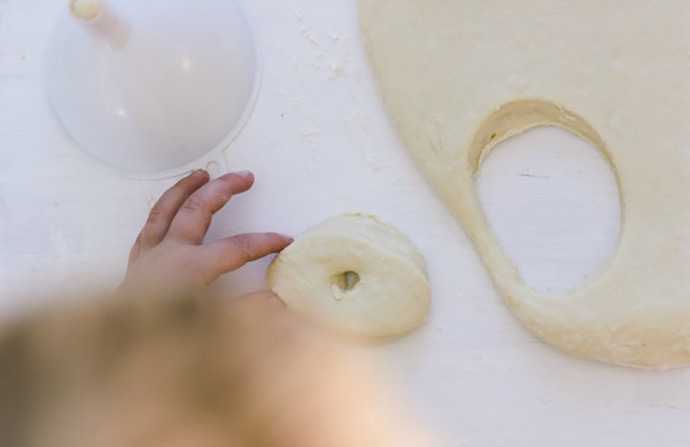 Step 2
Using a biscuit cutter and a small round cookie cutter, shape the doughnut (the spout of a funnel was a good tool for poking small center holes in mini doughnuts). Allow the shaped dough to sit for at least 20 minutes while the oil heats up.

Step 3
Once your oil reads 360-370°F on a candy thermometer you are ready to fry. Make sure not to overcrowd the doughnuts. Flip the doughnuts over after about 2 minutes and then take them out of the oil once they are golden brown on both sides. Lay them out on paper towel to allow some of the oil to drain off. 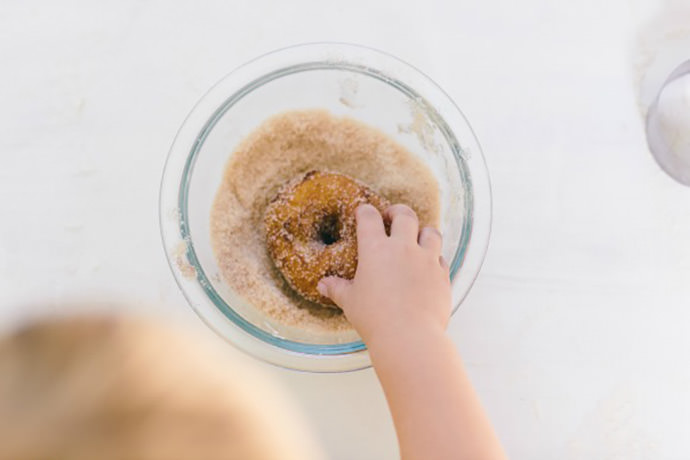 Step 4
Whisk together the cinnamon sugar in a large bowl and dip the doughnuts in it or dust them with powdered sugar. 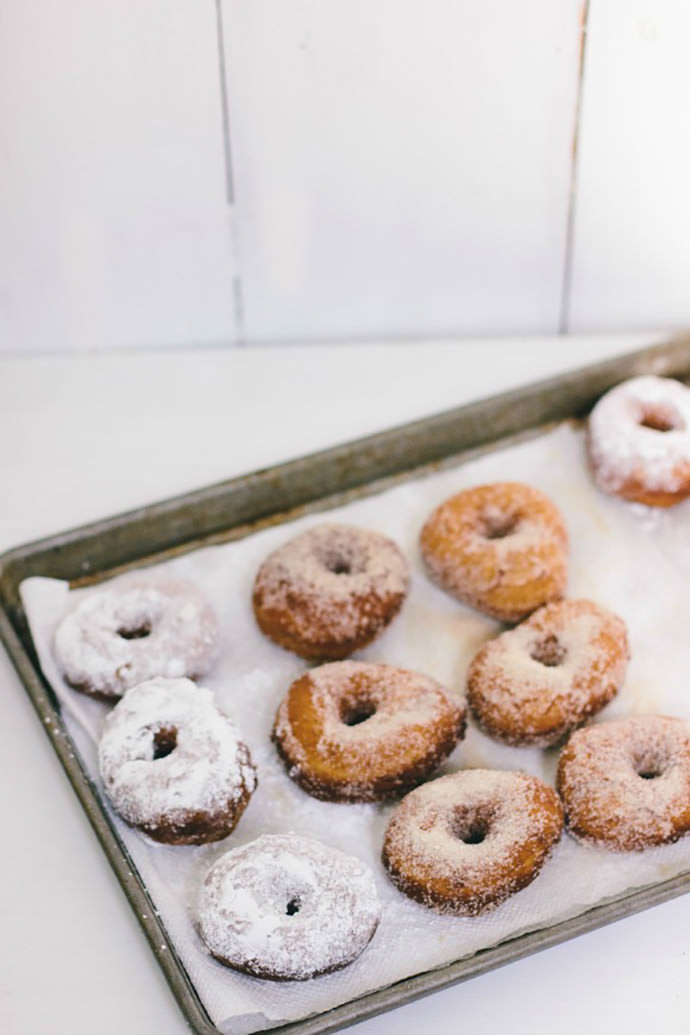 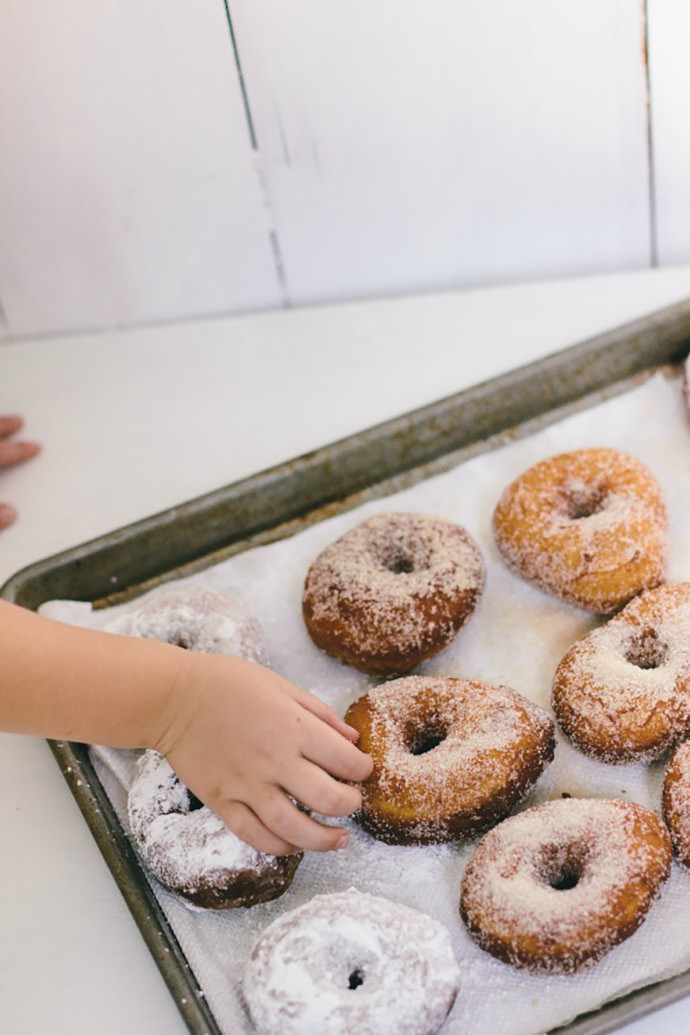