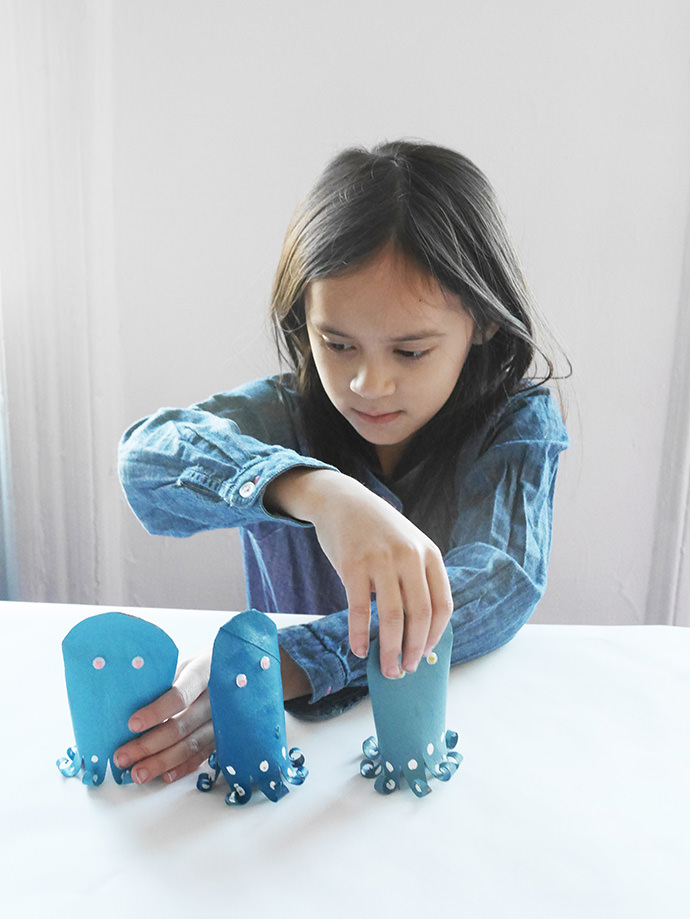 There are some games which pass seamlessly down the generations. The shell game is one of them. I used to play it when I was little and now I enjoy playing it with my kids. You don’t need much: three cups and ball! That’s it.

What is a shell game?

Three or more identical containers are placed face-down on a surface. A small ball is placed beneath one of these containers where you cannot see it. You then guess where the ball is located. You have one out of three chances to win! You can play with one or several players. 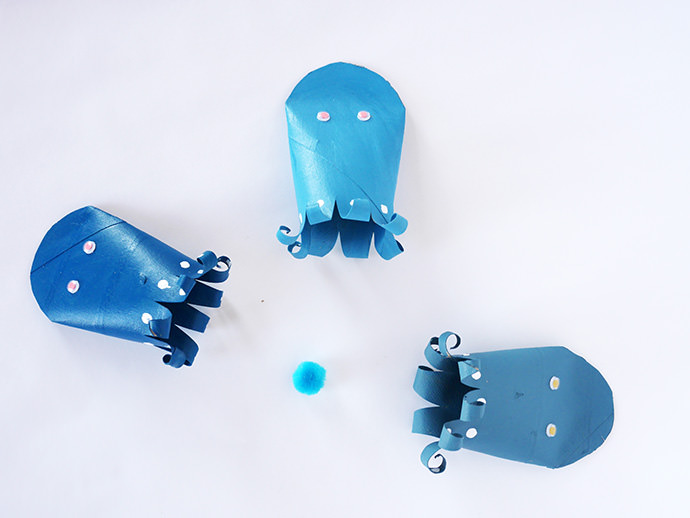 I decided to make a twist on the age-old game. Instead of merely customizing a regular cup, I decided to invent something of my own. I’ve been feeling inspired by sea creatures lately, so I decided to go with one of my favorites: the octopus. So, in no time, the containers were replaced by cups and then paper rolls which look like octopuses. They are easy and fun to make. And even after using them to play the game, the octopuses are fun to play with in other ways as well. 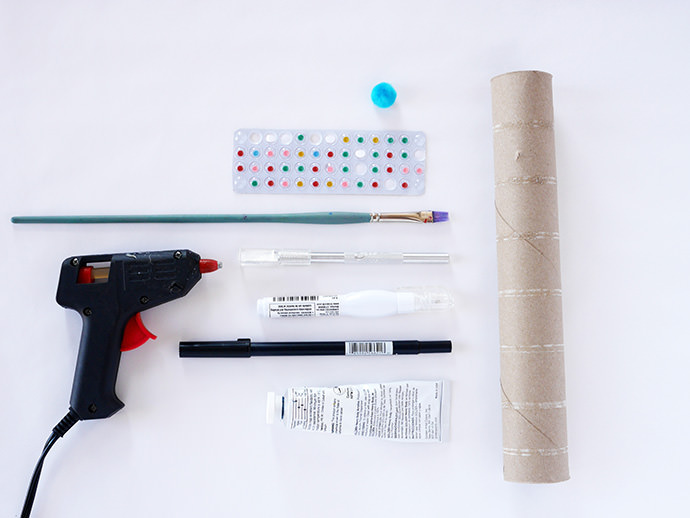 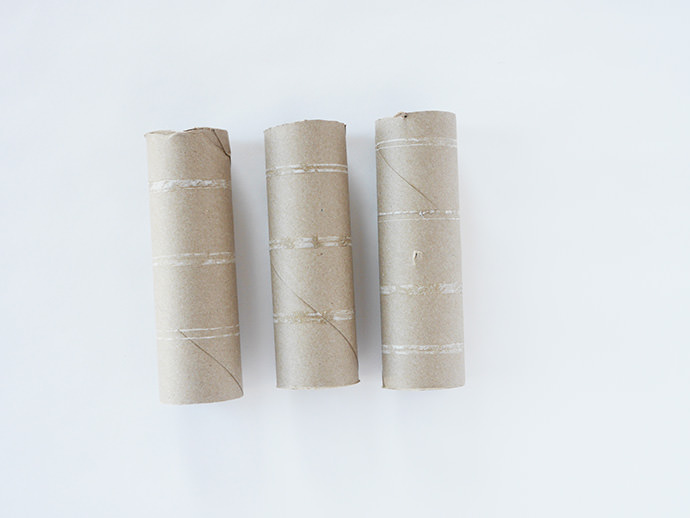 Step 1
Gather all of your supplies. Cut your paper rolls in half, creating four individual rolls (you will only need three). 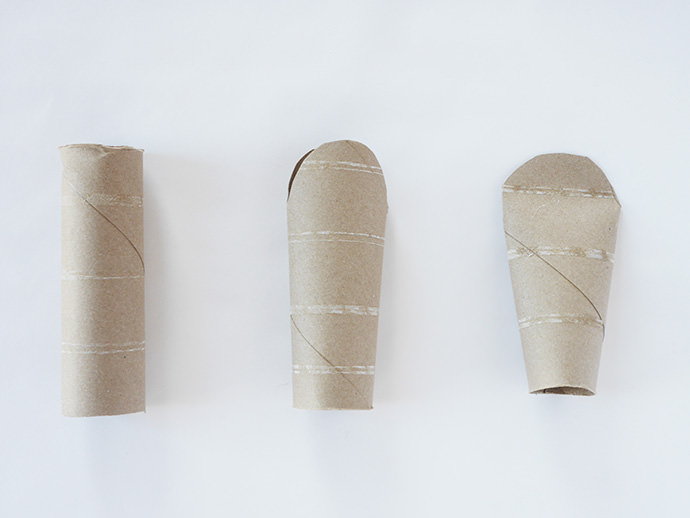 Step 2
Take one roll and, on the top of it, cut a half-circle shape. Next, using your glue gun, glue it together. 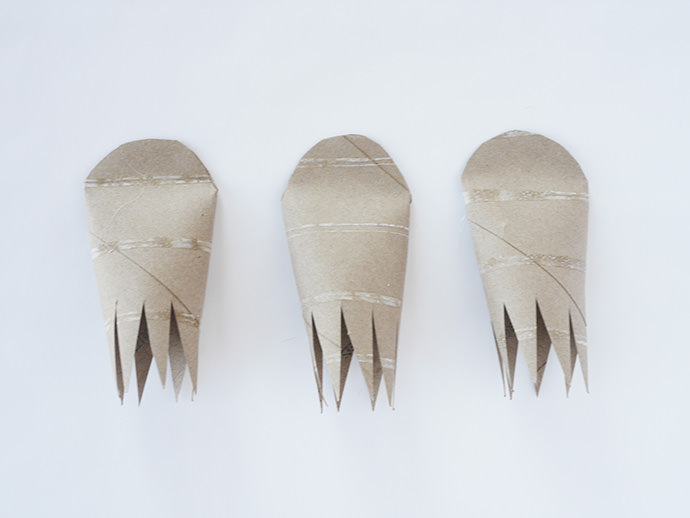 Step 3
Now, on the bottom, cut several mountain shapes, as shown in the picture. 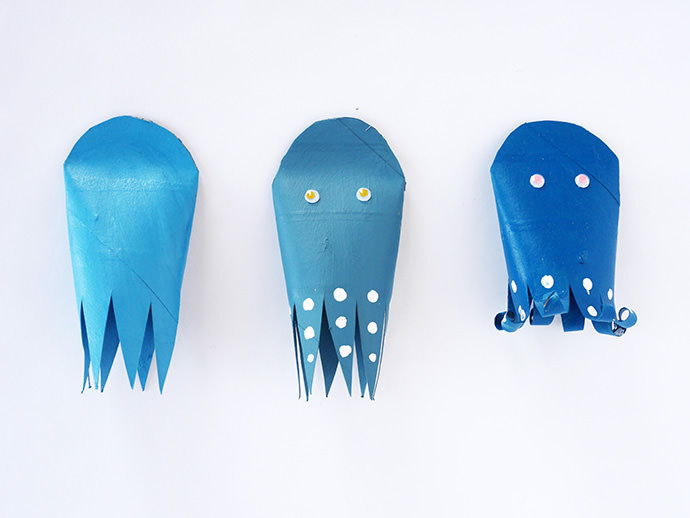 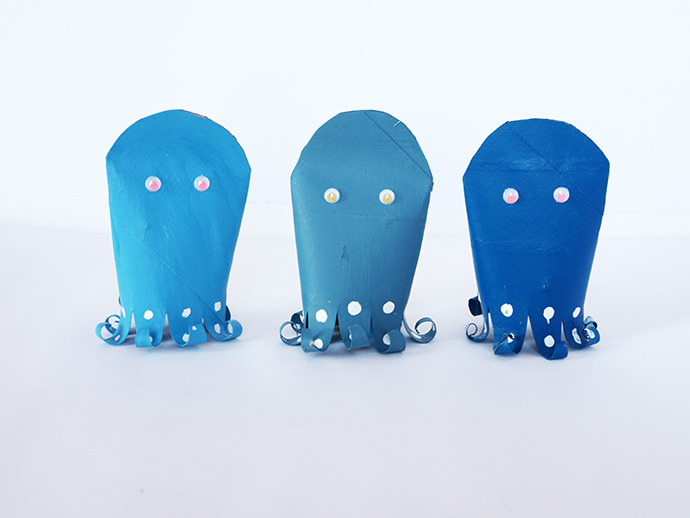 Step 4
It’s time to paint your octopuses and make them special! Dry and add the eyes. Next, with the help of your marker (or any other stick, such as a wooden dowel), roll all the tops to themselves. 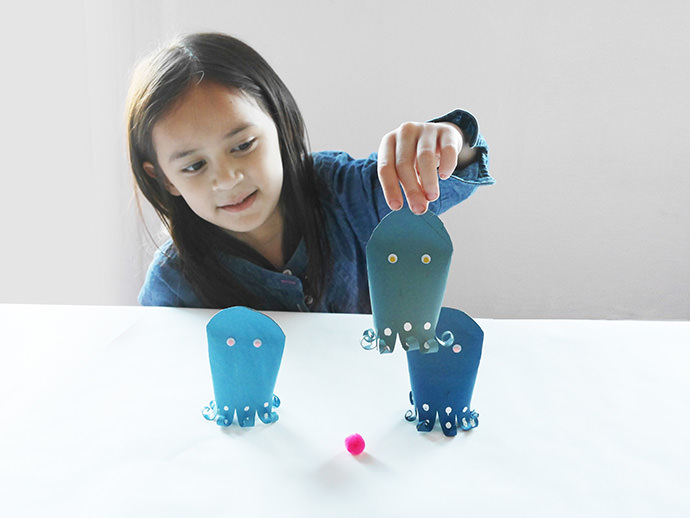