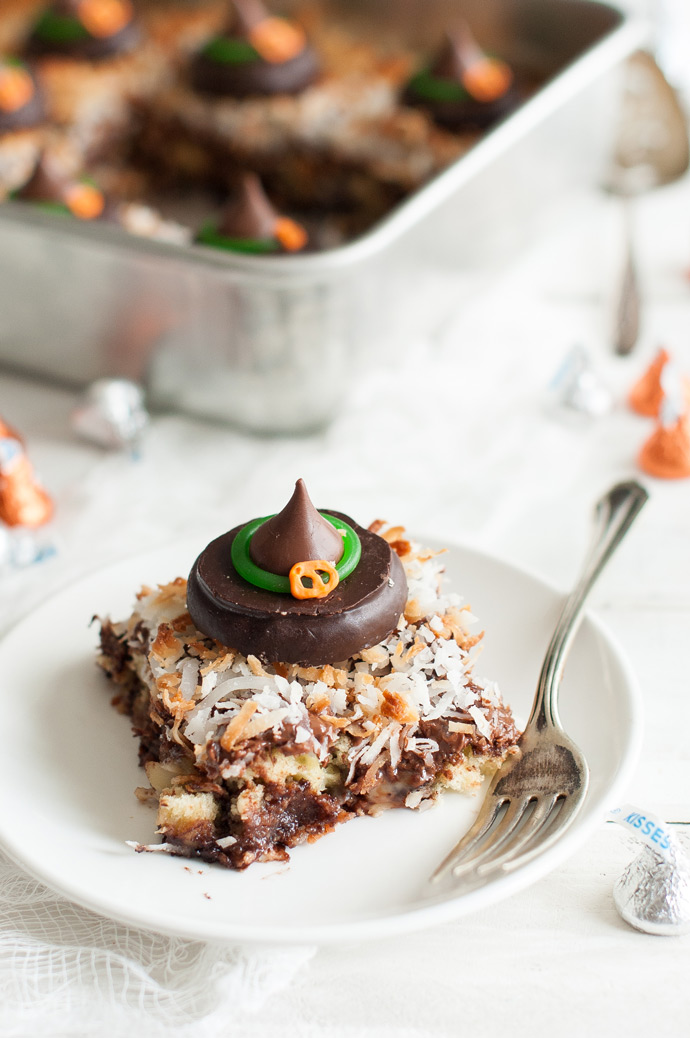 One of our favorite family desserts is bread pudding. Of all the desserts out there it seems to be one of the most versatile, catering to so many different combinations. The possibilities are endless, really. Sometimes we use sliced bread, other times we use croissants or baguettes, even pound cake. A dessert that can be thrown together easily with multiple combination possibilities is a win for everyone!

For this bread pudding we decided to try a new starch as the pudding base…doughnuts! Layering chocolate glazed doughnuts with almonds, coconut flakes, marshmallows, as well as a double dose of chocolate with HERSHEY’S Chocolate Bars and Kisses made for an extremely decadent dessert that takes a spooky turn with a witch’s hat topper on every slice!

This bread pudding makes a perfectly bewitching Halloween Party treat for a large crowd! Pull out your spell book and get ready to make some magic with this festive recipe! 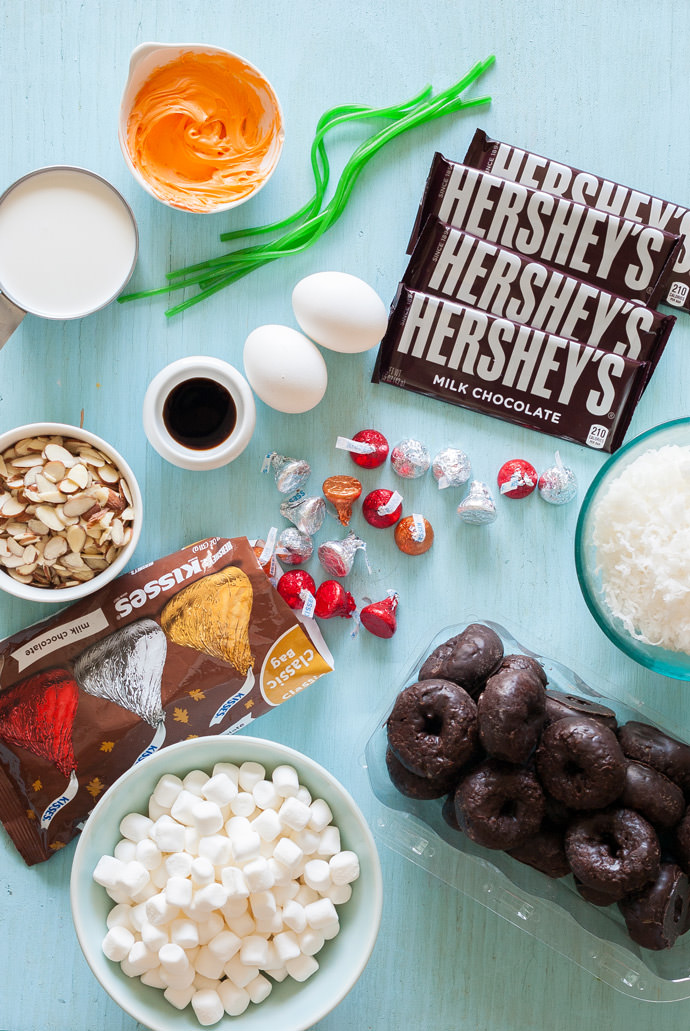 How To Make The Bread Pudding 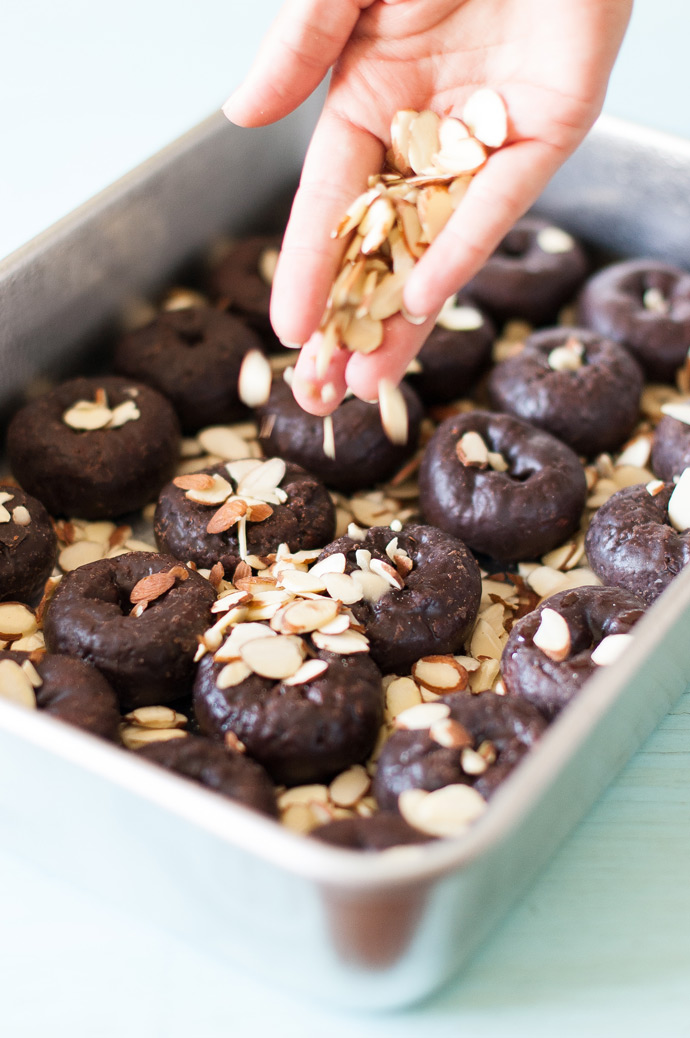 Step 1
Preheat the oven to 350 degrees. Grease a 9×13 baking dish well with non-stick spray. Line the bottom of the baking dish with 24 chocolate covered mini doughnuts. Sprinkle the almonds evenly over the doughnuts. 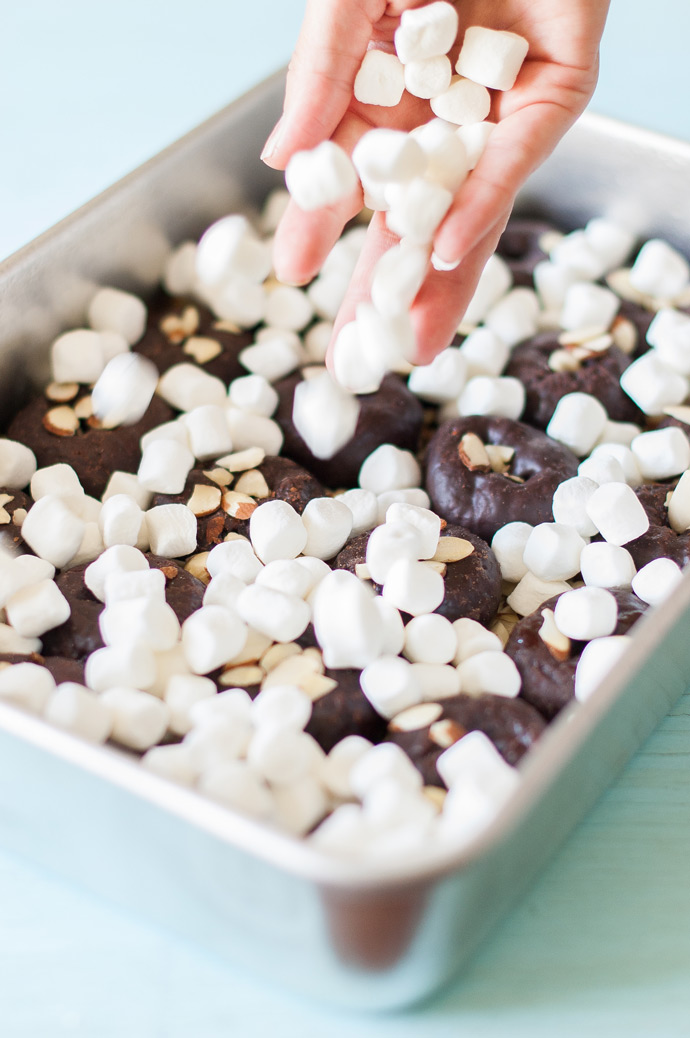 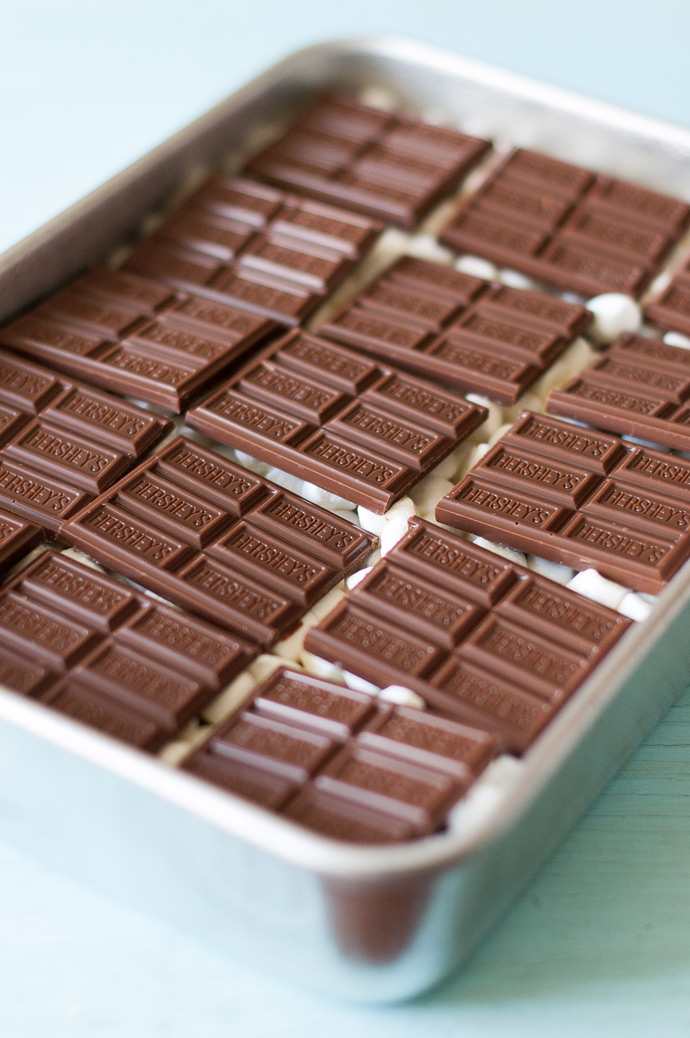 How To Make The Witch Hat 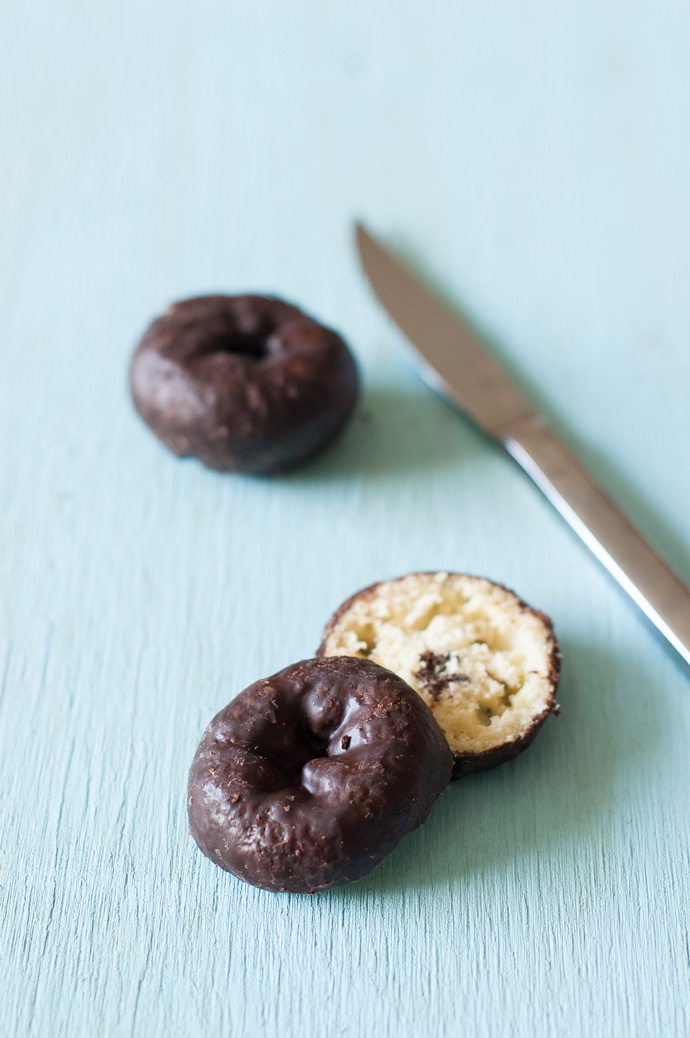 Step 1
While the bread pudding is baking, assemble the doughnut witch hats. Cut a doughnut in half horizontally and place cut sides down. 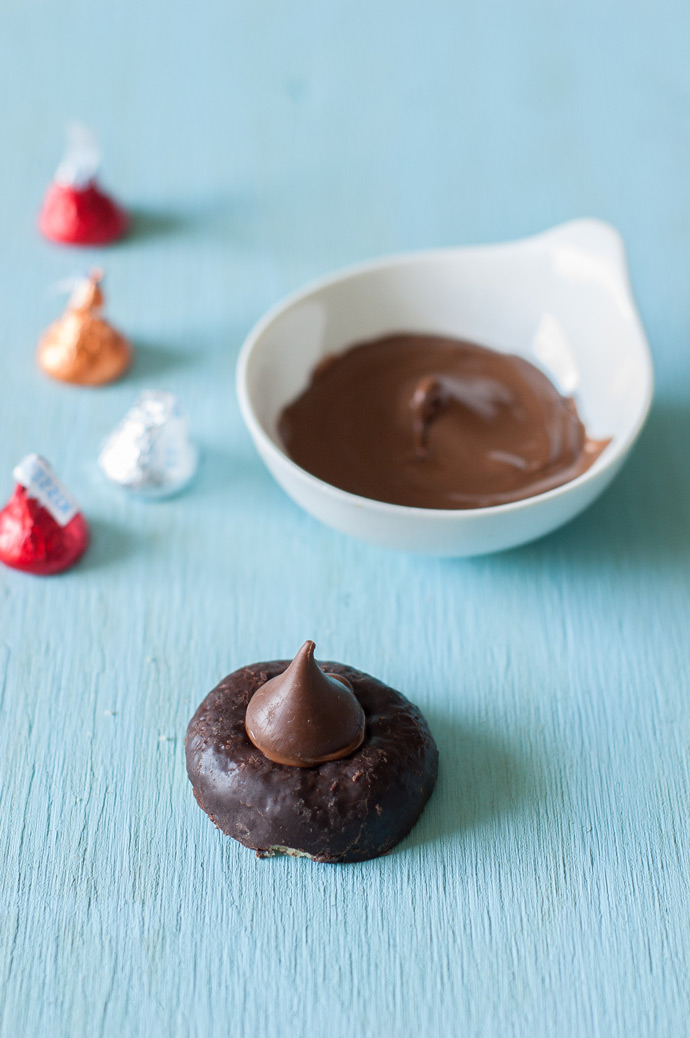 Step 2
Dip the bottom of an unwrapped HERSHEY’S Kiss in melted chocolate and place in the center of the chocolate doughnut. 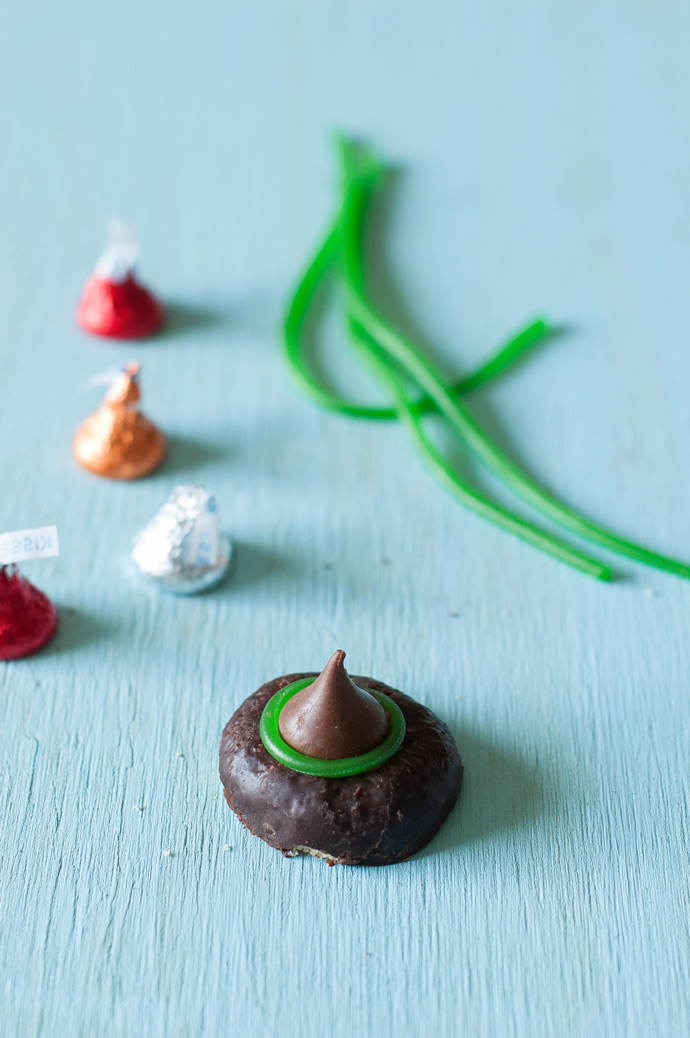 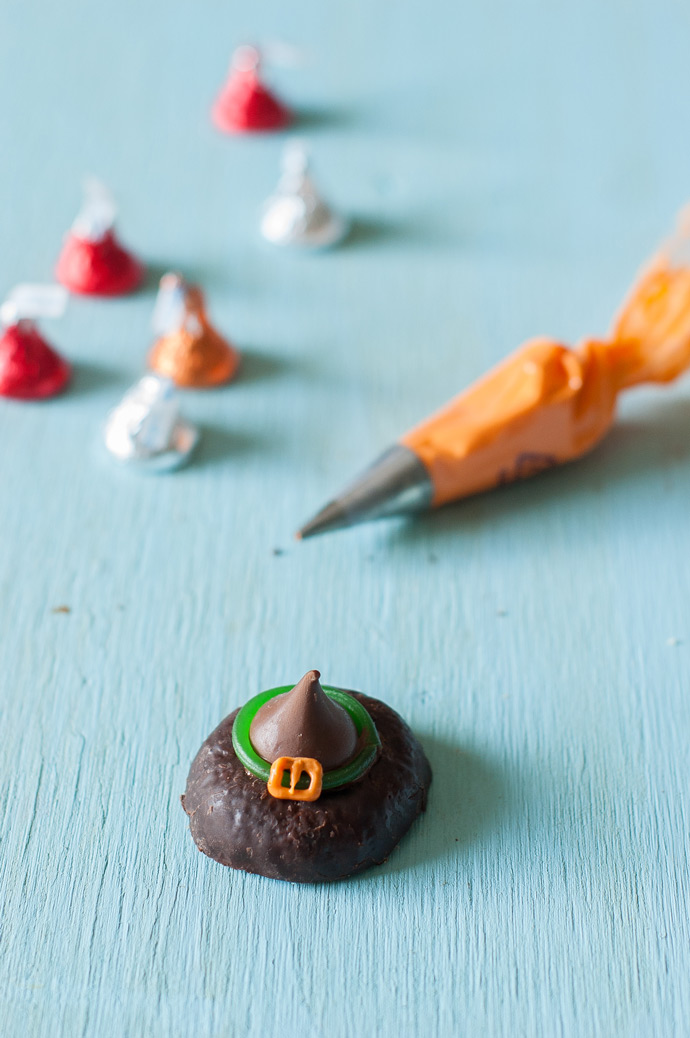 Step 4
Place the orange frosting in the piping bag fitted with a small round piping tip. Pipe out little buckles over the licorice seams. Repeat with remaining doughnuts and supplies for a total of 12 hats. 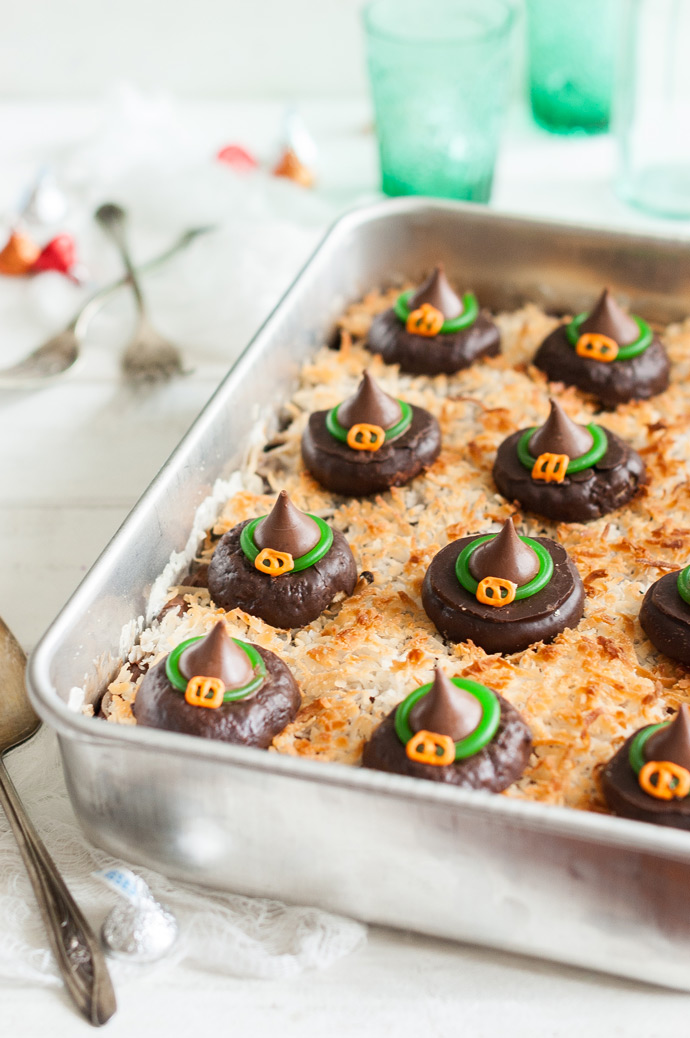 Step 5
When the bread pudding is removed from the oven, place the hats in four rows across the top of the pudding. Let cool for 30 minutes before slicing and serving 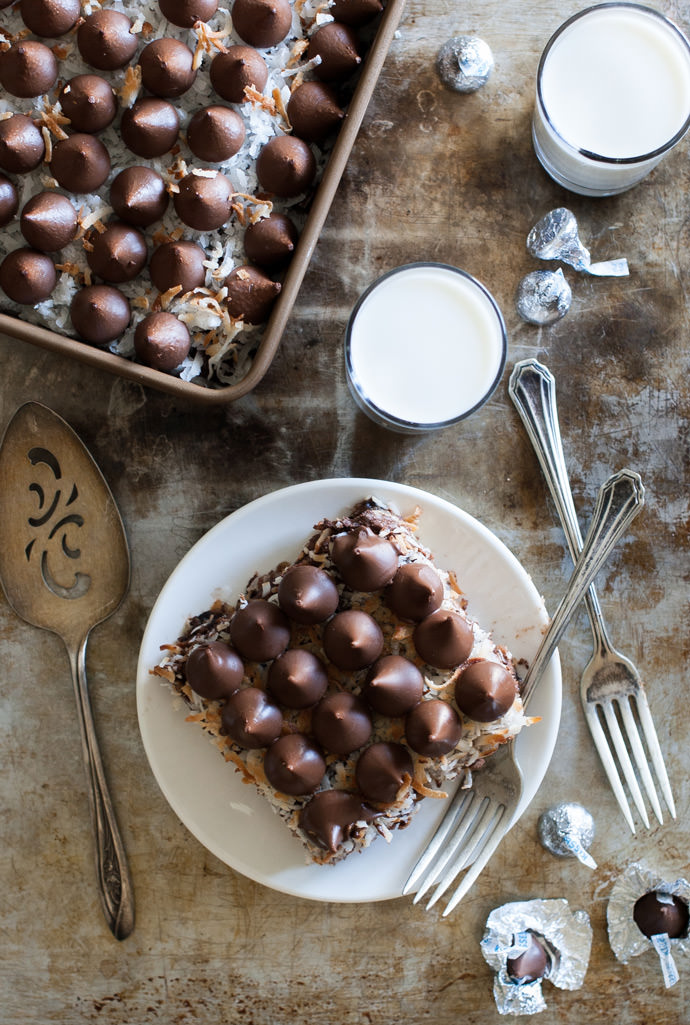 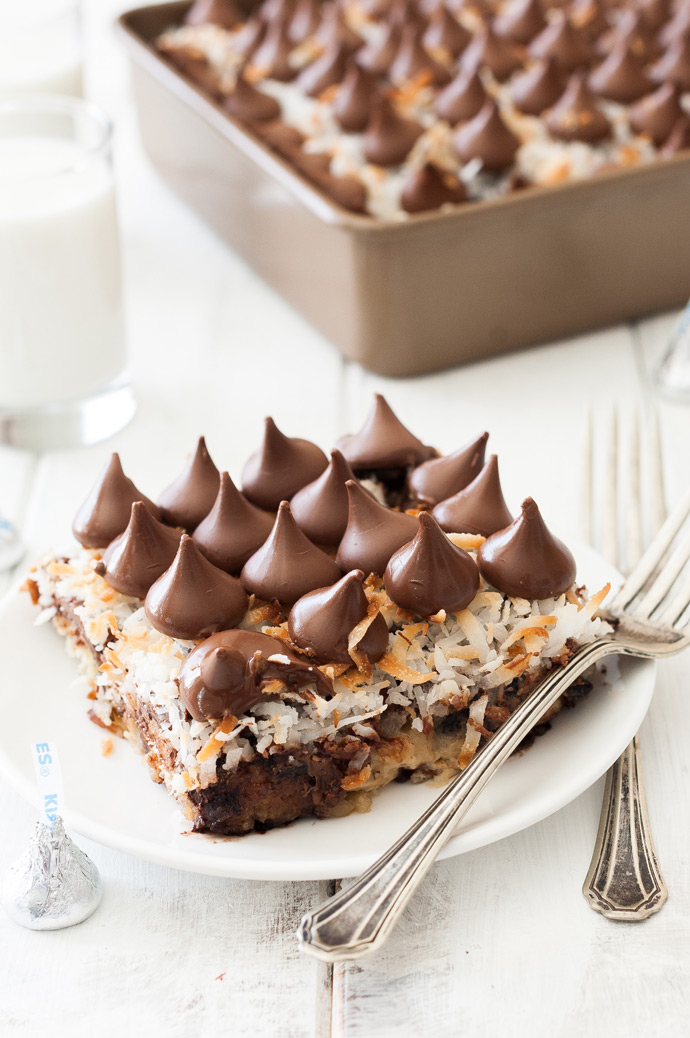 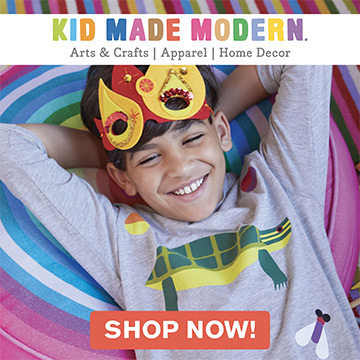