We love the fluorescent colors and graphic shapes in the work of Maria Primachenko! Once you get looking at her work, it’s impossible to look away. Primachenko was born in Bolotnya, a small village in Ukraine, in 1908 and started making art as a young girl. She was inspired by a field of flowers growing near a beach, so she drew them and other imaginary flowers into the sand. After that, she started using natural pigments and then later gouche, to make her incredible paintings. Her earlier works use a muted color palette and show more realistic scenes, while her later paintings are more playful and full of color. We’ve picked out a few of our favorites below! 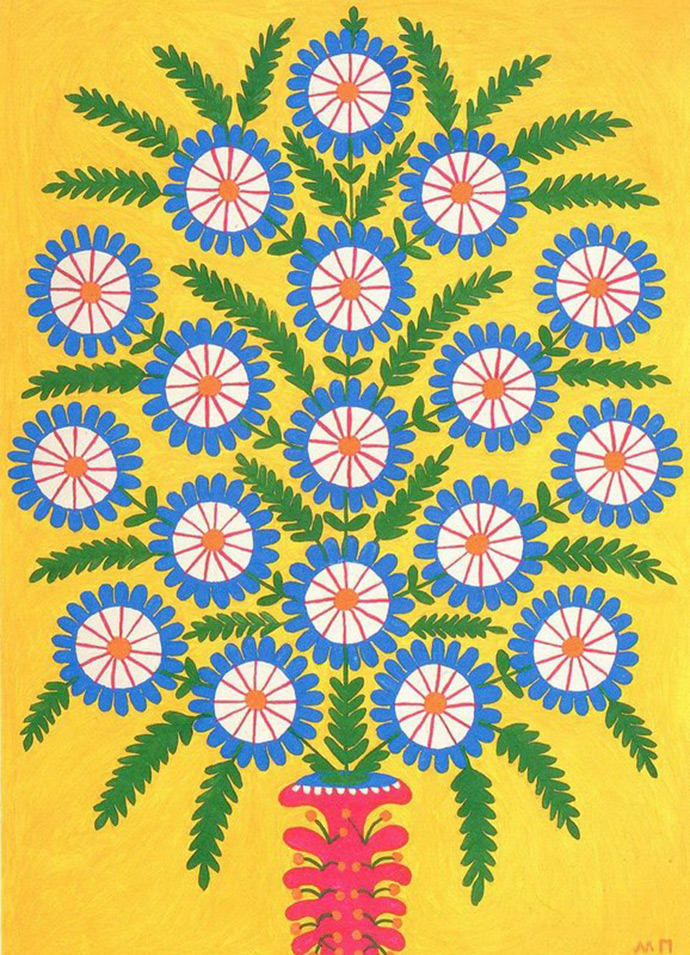 Maria Primachenko did not receive a formal art education but relied on her natural talent. Her work is often categorized as naive art because of the simplistic techniques and shapes she used. 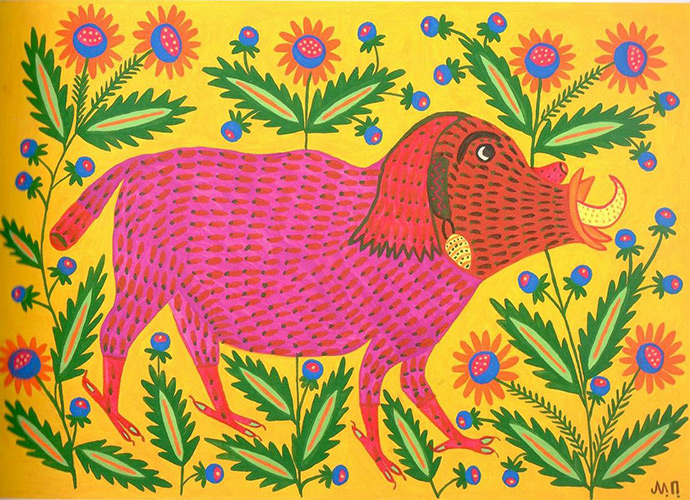 Another Beast Has Run Into Flowers (1983)

Primachenko suffered from polio as a child and after her recovery her family said that she became a very kind and thoughtful person, and appreciated plants, animals, and all living things more than ever before. 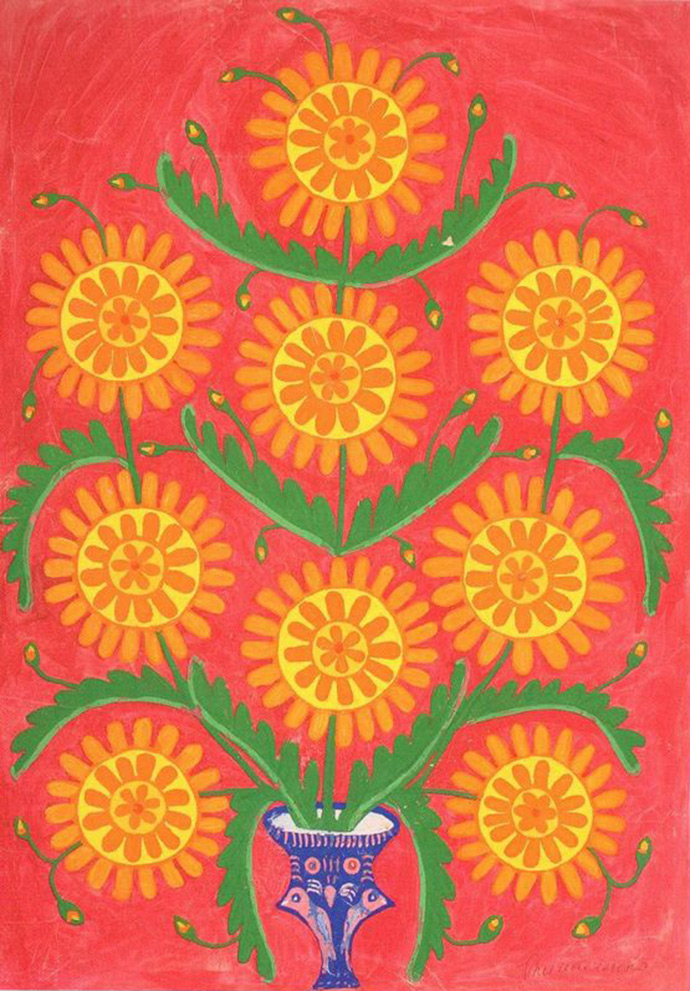 Many of her works were inspired by dreams that she then was able to capture on paper. 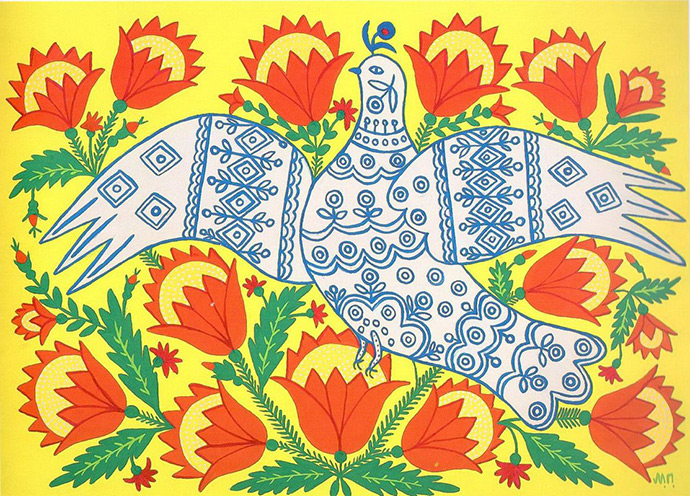 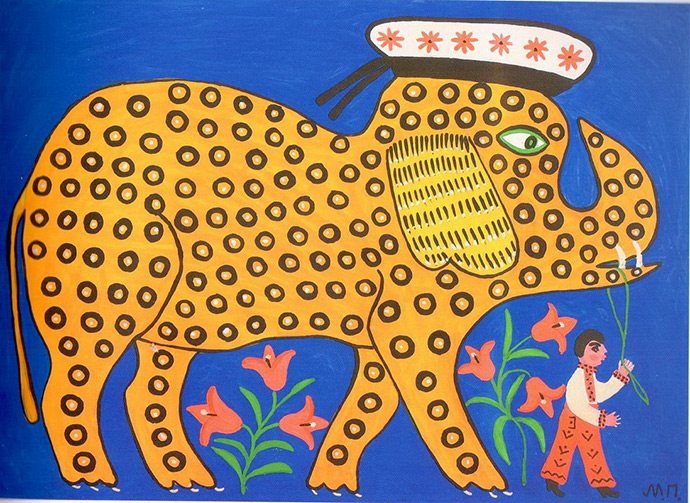 The Little Elephant Who Wanted To Be A Sailor (1973)

Many of Primachenko’s compositions often focused on the relationship between good and evil. 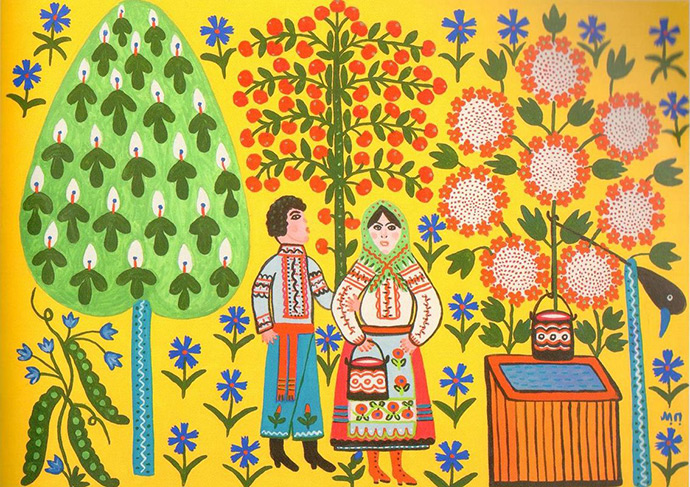 Another quality of naive art is a lack of depth or perspective, as shown in the painting above. 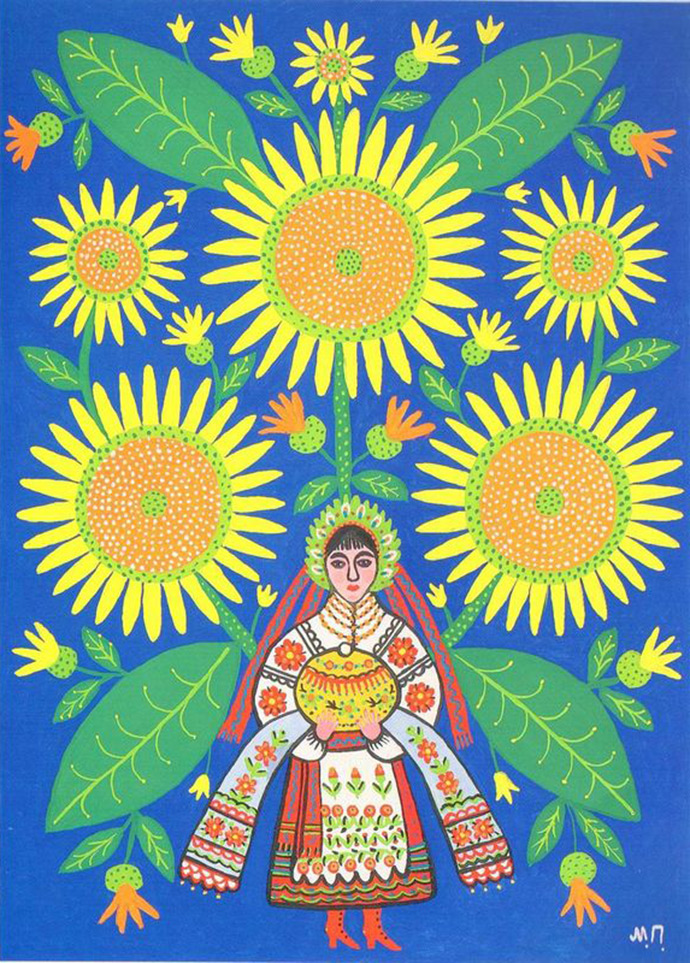 The title of this painting is a perfect example of Primachenko’s generous nature and love for all living things. 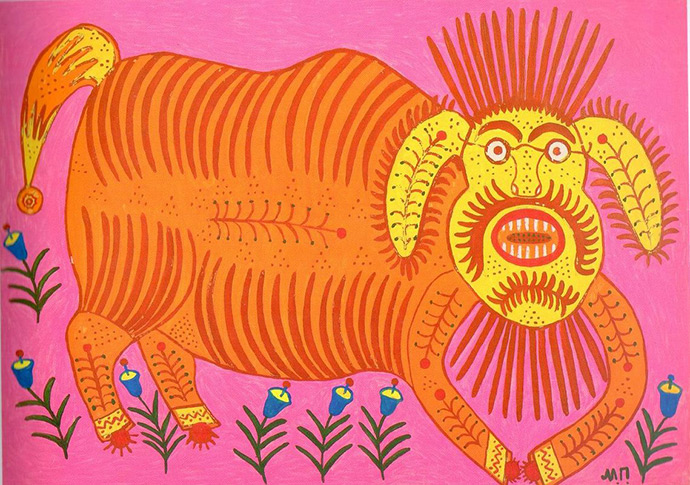 This Beast Went A Catching Sparrows (1983)

Another example of a piece of Primachenko’s work that was inspired by Ukrainian folk stories and fairy tales. 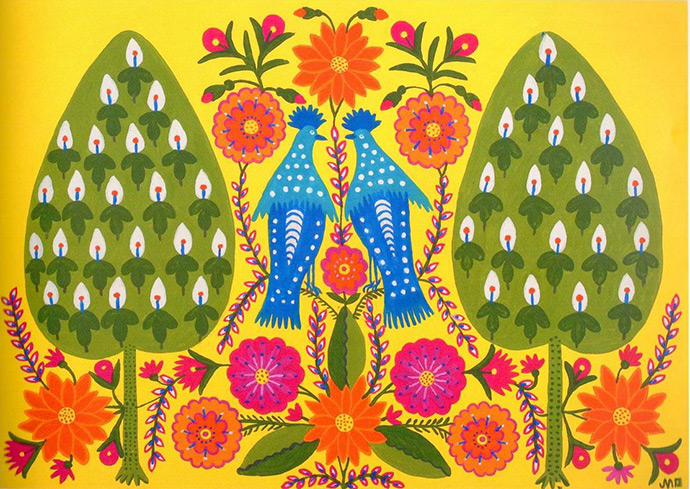 Picasso said “I bow down before the artistic miracle of this brilliant Ukrainian” after viewing one of Primachenko’s art exhibitions. 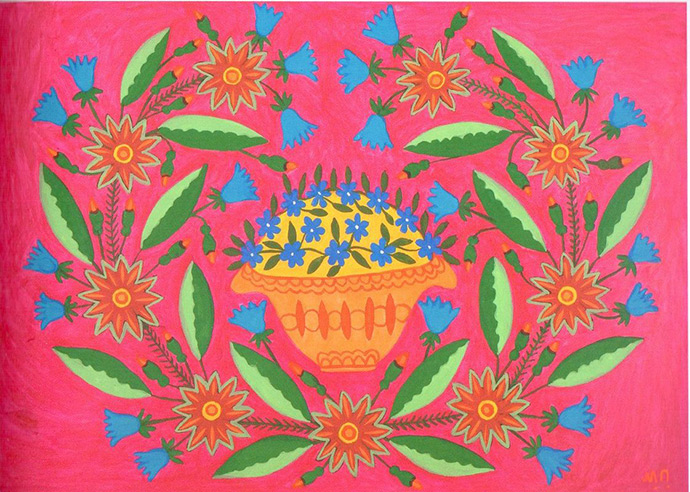 We love Maria Primachenko’s work and are so inspired to use playful shapes and colors in new, bold ways!