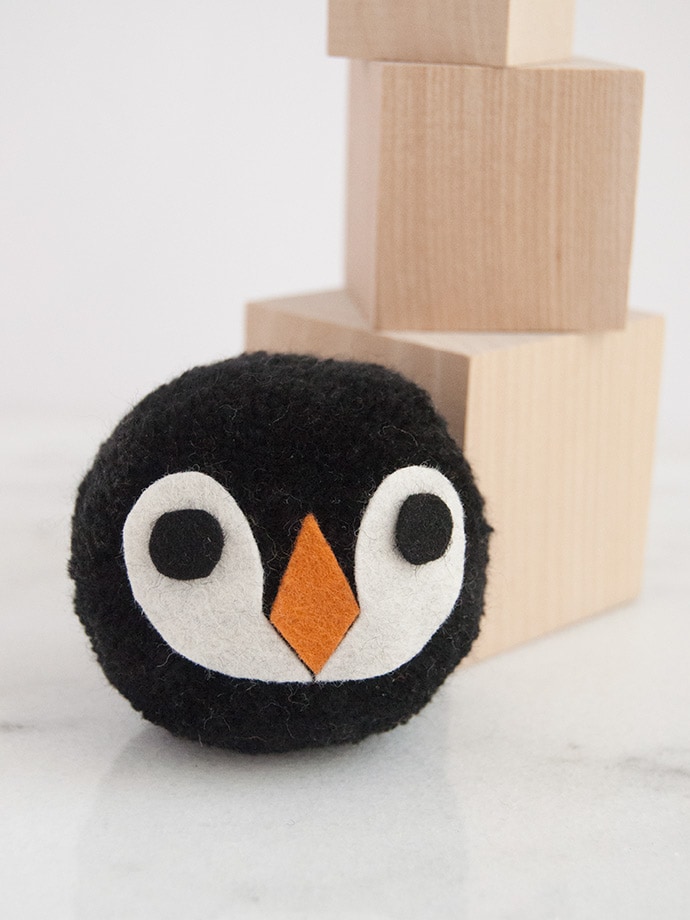 Today we’re back with the second project in our series of pom poms inspired by endangered animals. Each pom pom features beautiful yarn and felt from Purl Soho, along with their easy-to-use pom pom maker. Today we’ll be crafting this adorable Galapagos penguin pom pom – you can learn more about them right here. 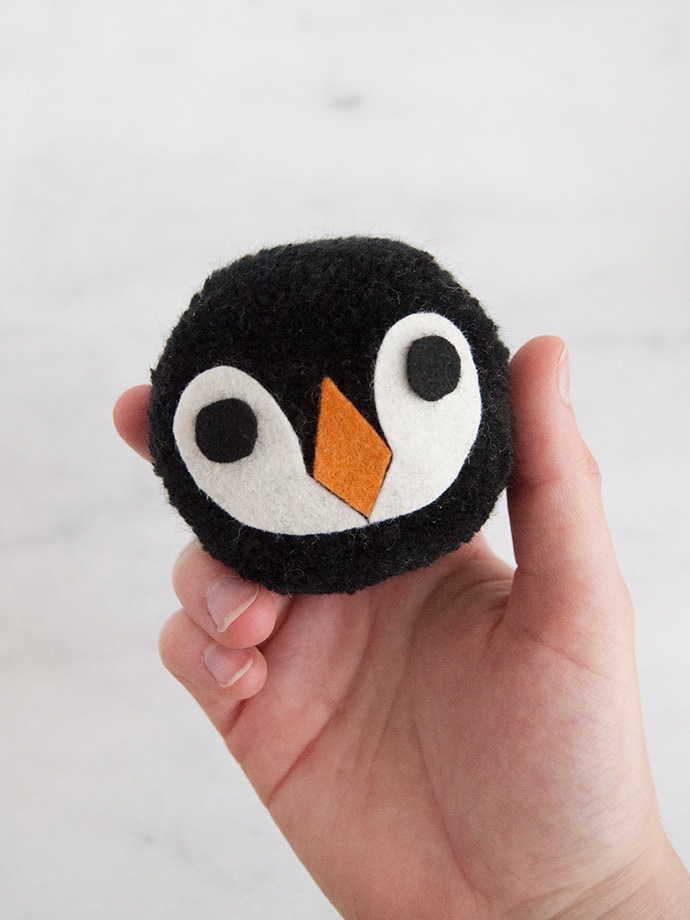 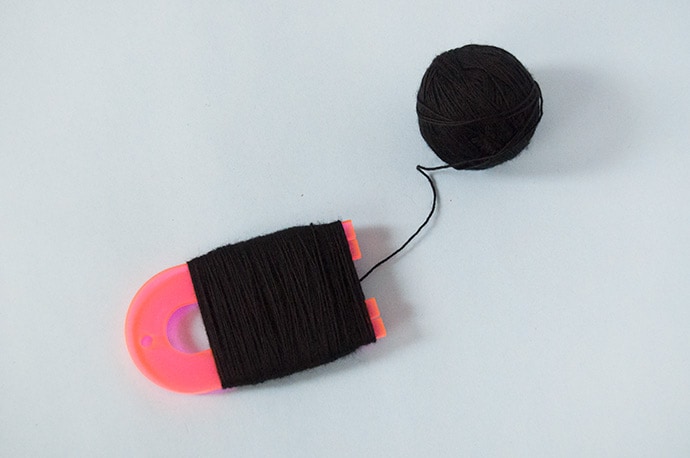 Step 1
Before you begin, you’ll need to wind your skein of yarn into a ball – take a look at Purl Soho’s tutorial on how to do this. Once you have this ready, it’s time to make the pom pom! Wrap the yarn around the large pink pom pom maker for about 700-800 rotations – since this yarn is a thinner weight than the Pocket Posy we used to make the polar bear pom pom, you need to wrap it more times to make sure you have a nice dense pom pom. You won’t use up the whole skein of Line Weight, so save the remaining yarn for upcoming pom poms in the series! 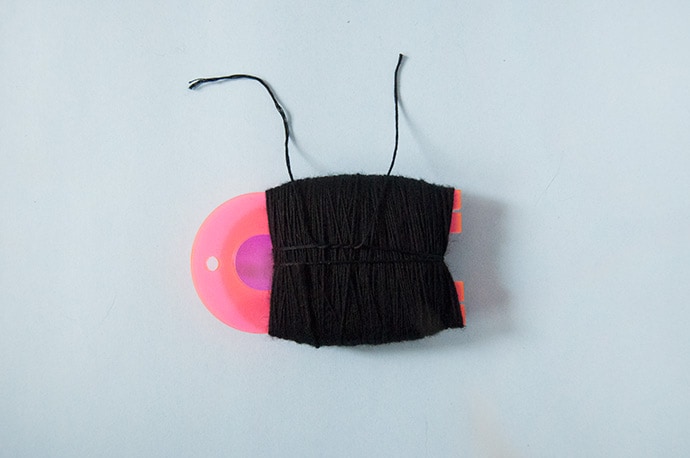 Step 2
Once you’ve done 700-800 rotations, cut an 18″ piece of embroidery thread. Thread one end through the U-shaped gap between the wrapped yarn and the pom pom maker. Bring that same end up and over the wrapped yarn and then back through that same U-shaped gap again. Bring the two end of the embroidery floss together and make sure that the horizontal threads are nice and centered on the yarn wrap. Tie a surgeon’s knot but wrap the end through the loop twice. Pull the knot together but don’t pull tight yet. 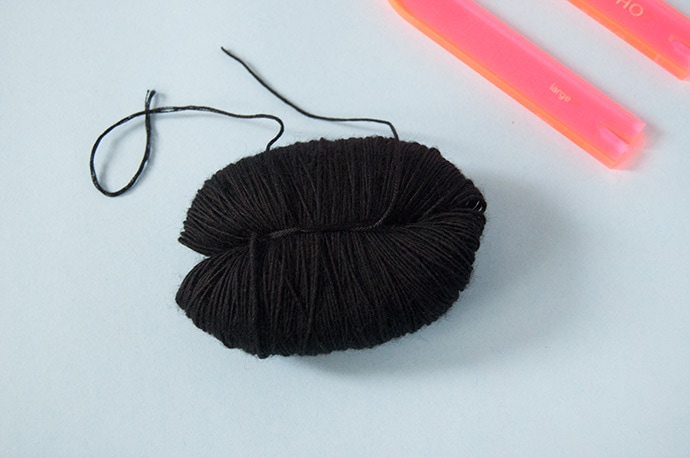 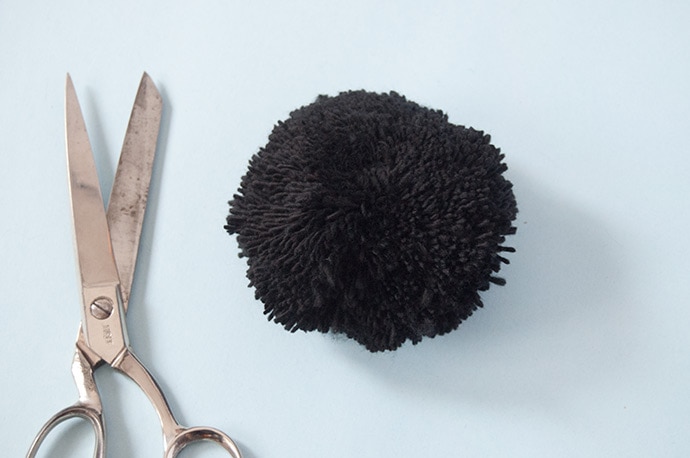 Step 4
Use a pair of super sharp scissors to trim all the yarn loops – you should now have a large shaggy pom pom like this. 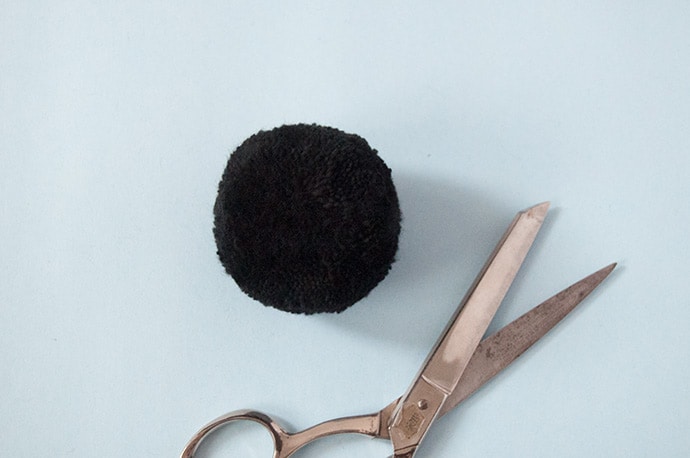 Step 5
Use your scissors and the large pink pom pom trim guide to trim the excess yarn away, rotating the moving the pom pom and trim guide to make as evenly round a pom pom as possible. 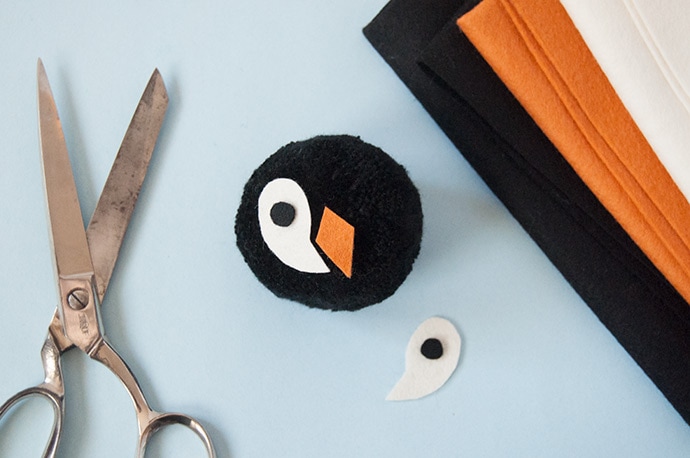 Step 6
Once you’re happy with your pom, it’s time to add on a cute face! Cut two comma-shaped pieces from white felt to be the penguin’s eye patches. Then cut a kite-shaped diamond from the pumpkin orange felt for the beak and two round black circles for the eyes. Arrange and adjust the felt onto the pom pom and then secure in place with tacky glue. Set aside to dry completely. 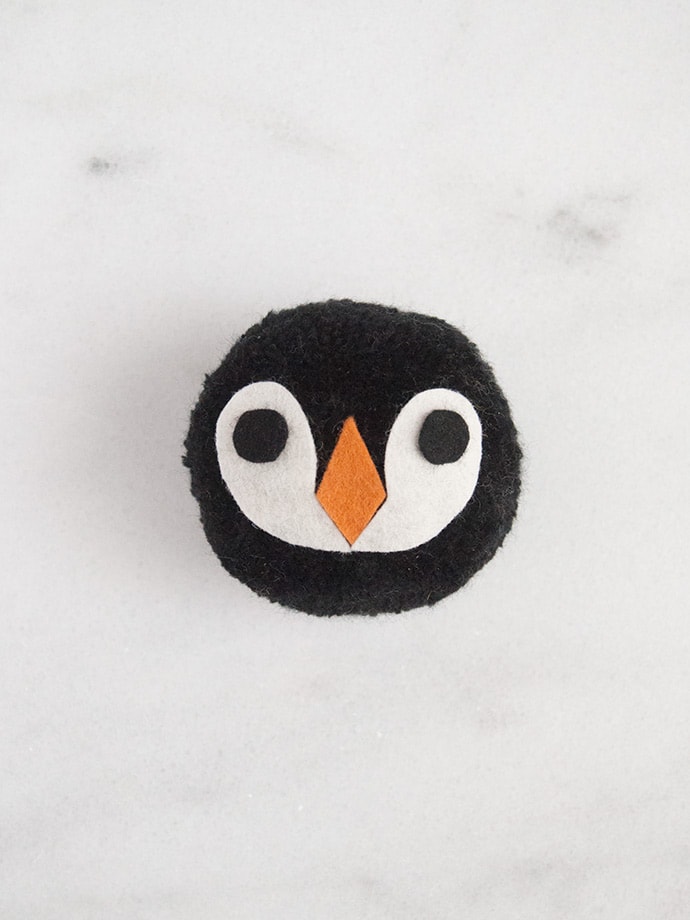 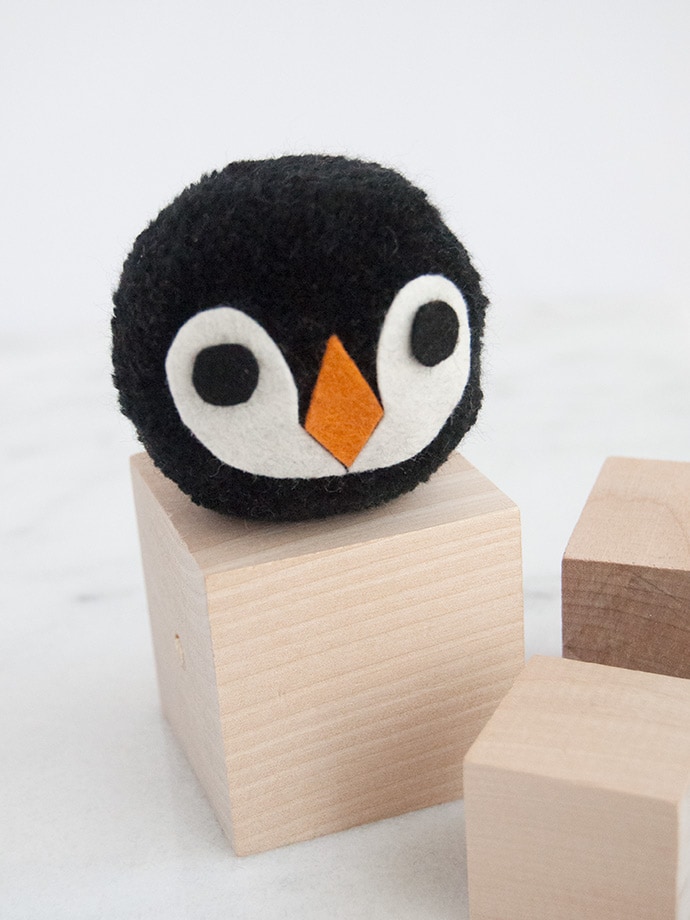 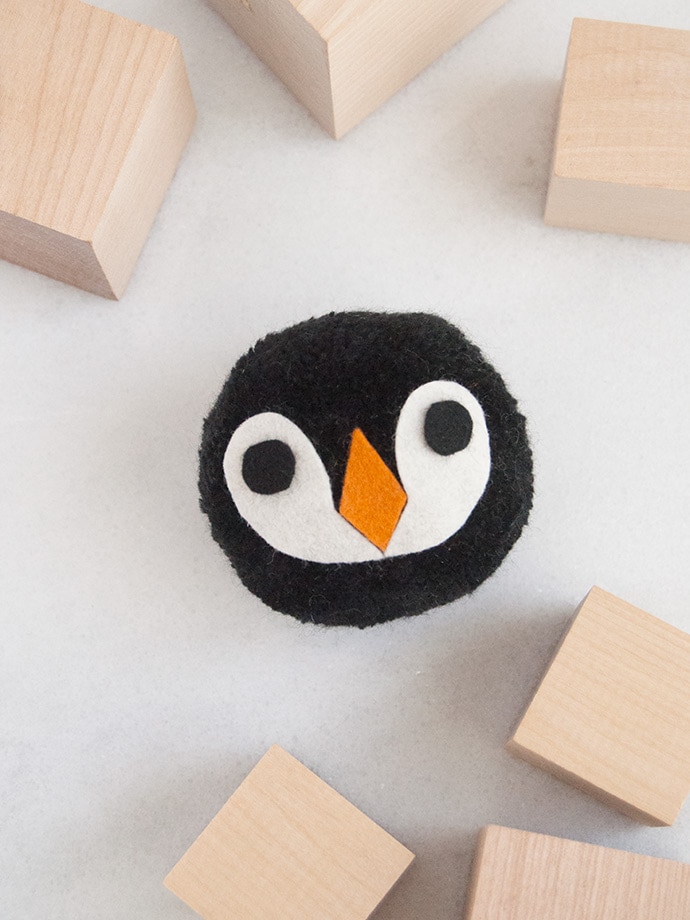