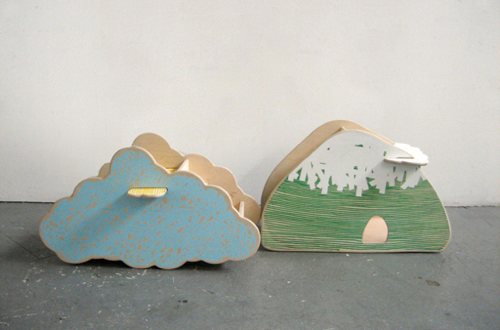 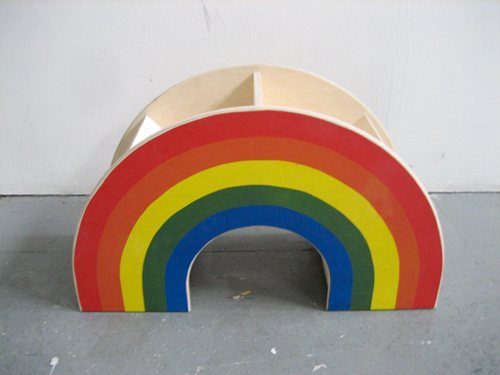 The Kid City project is a collaboration between Noel Bramley and Richard Shed. It builds on work that each designer has done in the past few years, exploring the interaction of adults and children around stories, objects and the imagination. The two designers started working this year on objects that could act as storage devices as well as inspiring the imagination for play. The cloud, rainbow and mountain are the first in a series which is an ongoing enquiry into experiential storytelling and functional design and changing environments.