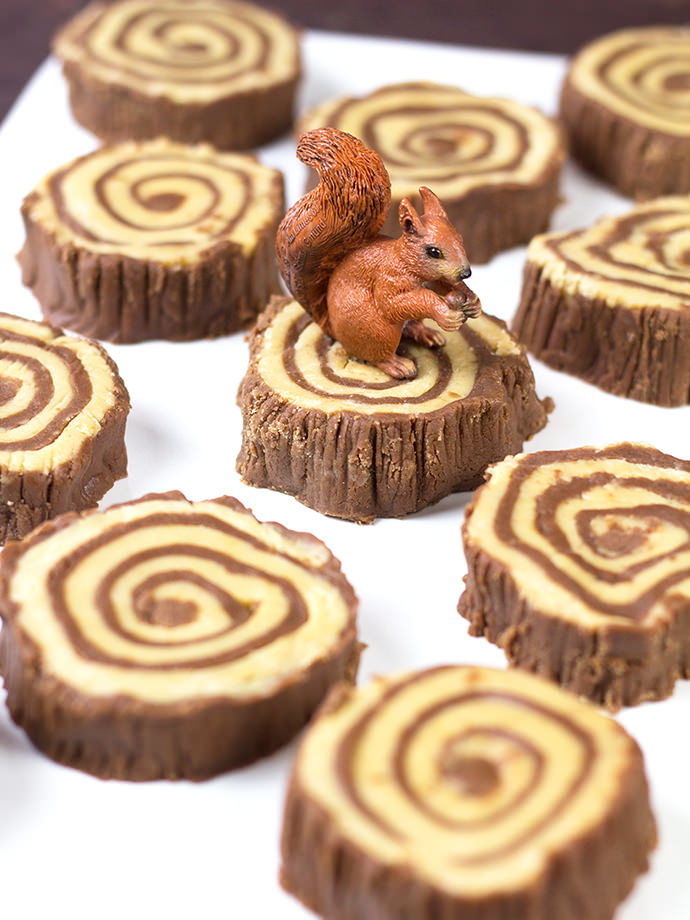 My husband had to cut down a very large and much-beloved Chinese Pistache in our backyard this summer after it died from “tree girdling.” (Apparently that’s a real thing. Google it.) By the way folks, tree removal is not for wimps. I watched, apologetically, from the kitchen window while he chopped, and cut, and sliced, and chopped some more – for days – until he finally had the limbs, trunk and giant roots tackled. No small chore. 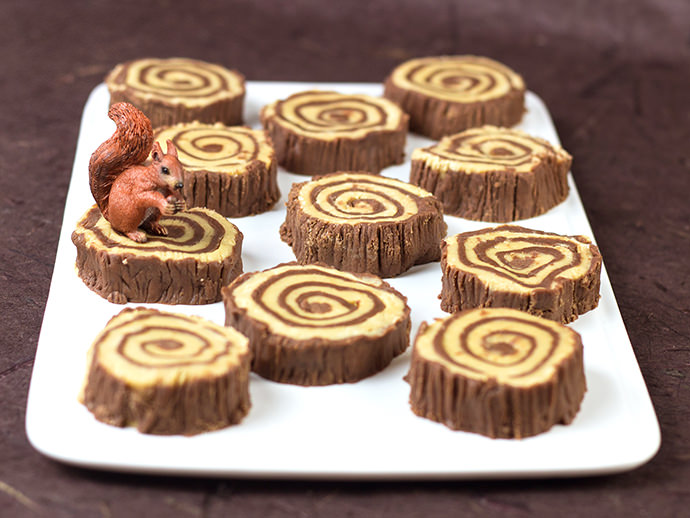 Our daughter had begged her dad to cut some slices from the trunk so that she could count the “rings.” She was fascinated by all the gnarly knots and the wavy pattern inside. I was too. And since I felt so guilty about not being able to help much with the tree removal, I decided to make some fudge tree rings, to reward my husband for his hard work.

My first attempt didn’t go so well. I made the slabs of fudge way too thick. When I rolled them together and sliced the log, the pieces were HUGE. They looked like they came from a giant Sequoia tree in the Redwood Forest. (Don’t get me wrong. We still ate them. But I had to cut them into more manageable bites.) 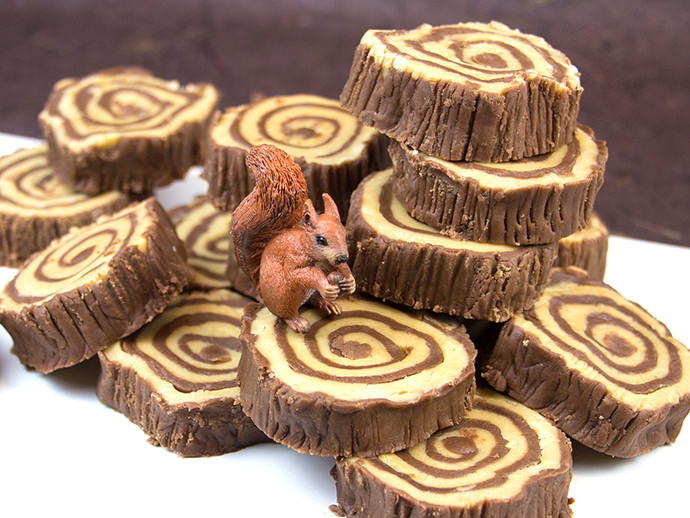 My next attempt was much better, yielding finger-friendly slices and perfect-proportioned rings inside. Helpful hint: the thinner you can roll out your fudge, the more rings you’ll get. It was fun to experiment and guess what the result would be when sliced.

So, while we’re sad our tree is gone, it turned into an interesting nature lesson for our kids (as well as an example of hard work.) The tree didn’t go to waste either. We’ll use the branches this Halloween for spooky decorations on our front porch. And the trunk was cut up to make stump stools for our daughter’s nature fort in the backyard bushes.

As for my husband, I think it’s going to take more than the promise of fudge to tackle another tree project like that.

This recipe will make 20 slices of fudge.
Approximate time: 45 minutes 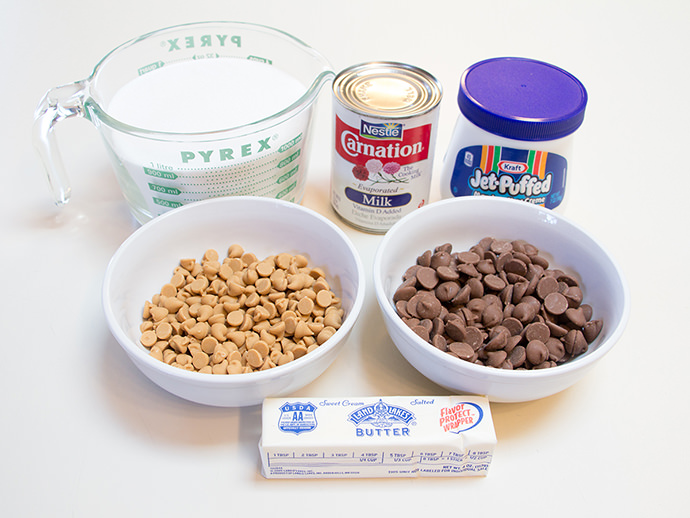 Step 1
Gather your ingredients and supplies. Have everything pre-measured before you begin cooking. 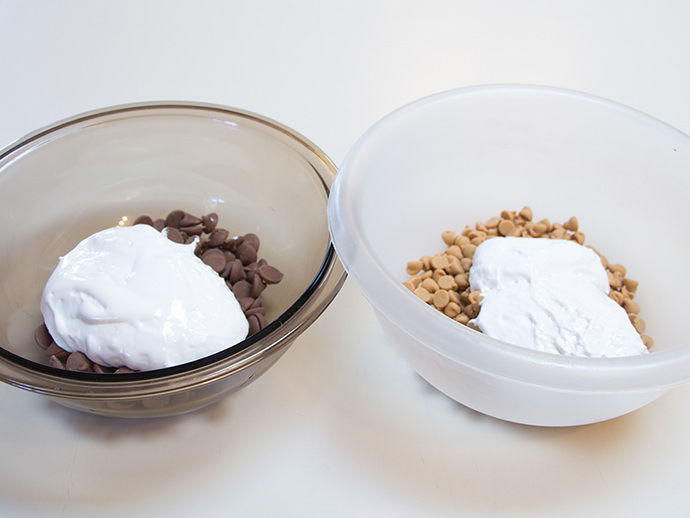 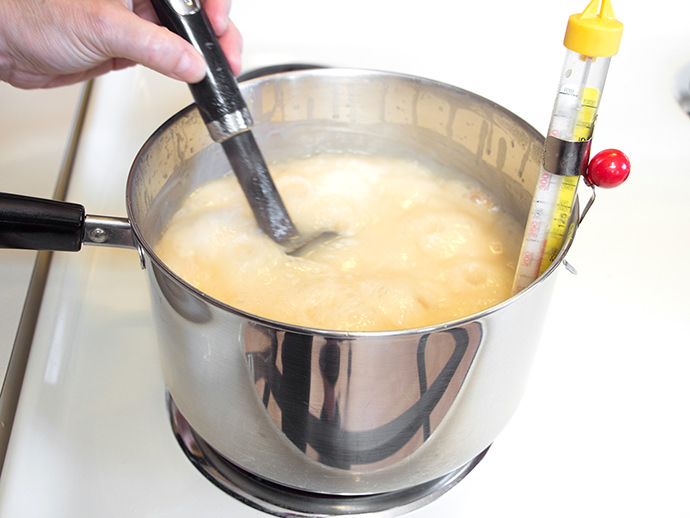 Step 3
Melt the butter in a large pan on the stove. Stir in the evaporated milk and sugar. Bring to a boil and stir constantly, for about 10-12 minutes – until your candy thermometer reaches 234 degrees (soft ball stage.) Remove from heat. 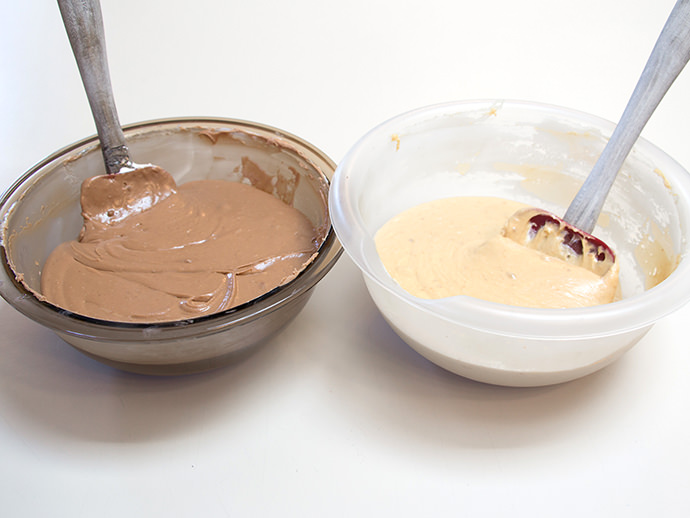 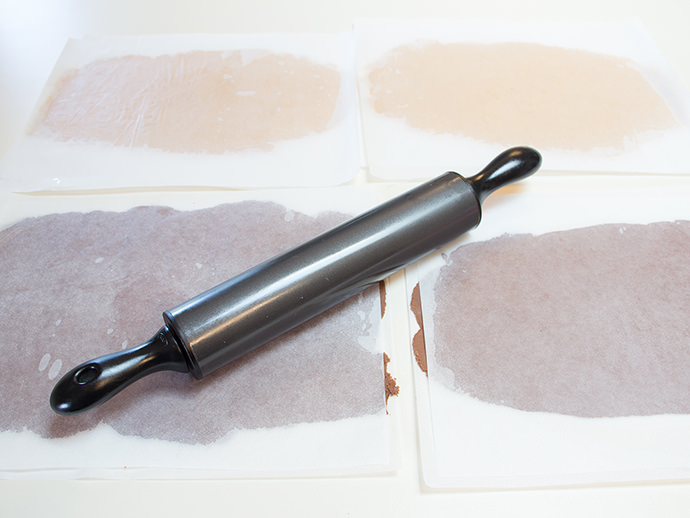 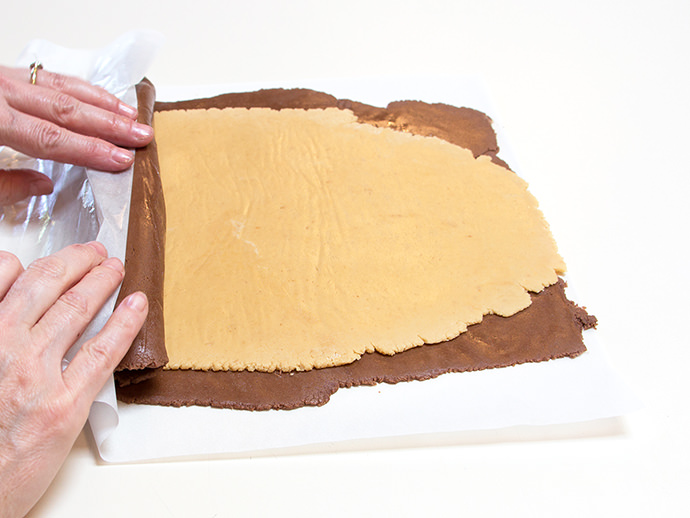 Step 6
Remove the parchment from the tops of the peanut butter fudge and layer it on top of the chocolate fudge. Lift up the bottom piece of parchment and begin rolling from one edge until you’ve made a solid log. 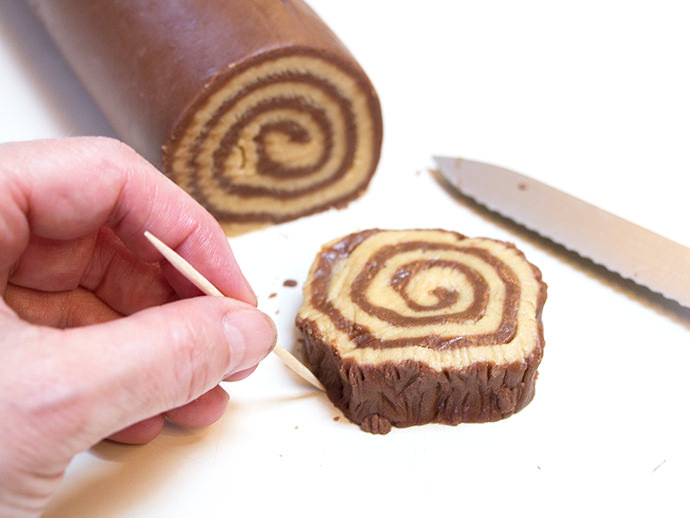 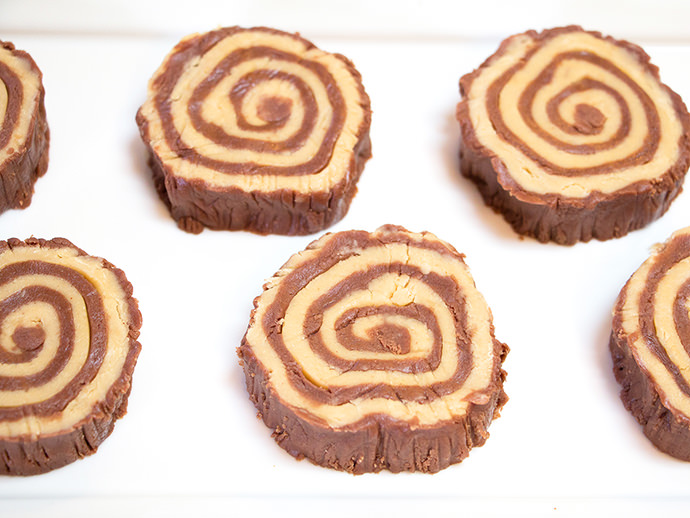 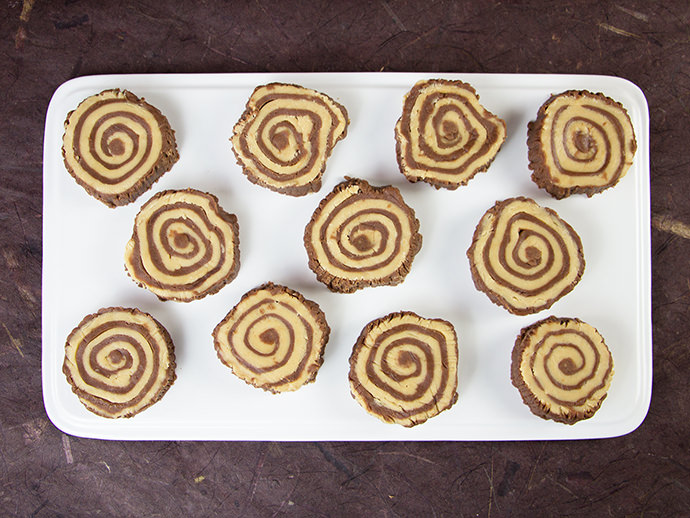 Step 7
Using a serrated knife, cut off your tree slices to desired widths. To add the texture of tree bark, use the serrated knife or a toothpick to rough up the outer edge of each slice. 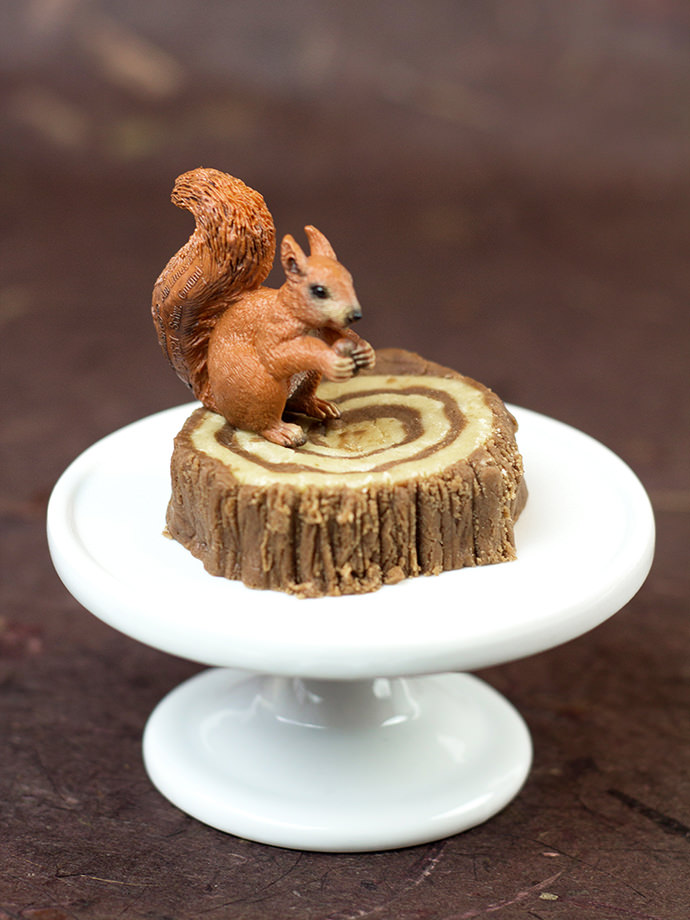 Step 8
Look for fun ways to display your fudge. I thought this little squirrel added just the right touch!