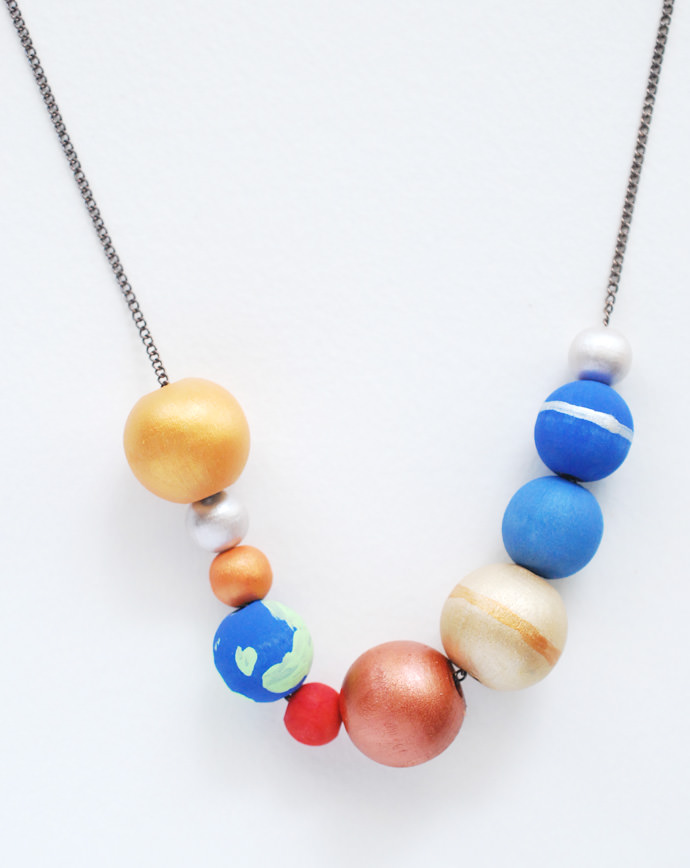 We are part of a great big solar system, but that doesn’t mean that we can’t shrink it down a little. In fact, if you shrink it down enough, you can wear it around your neck!

Make these planet beads in metallic and bright colors, and in sizes that aren’t to scale for a fun and funky look. The idea here is to create the essence of the solar system, rather than trying to create anything too realistic.

You’ll find tips for painting the planets, but your kids will have fun decorating them in imaginative ways. They may even want to create a whole new solar system with their own whimsical planets! 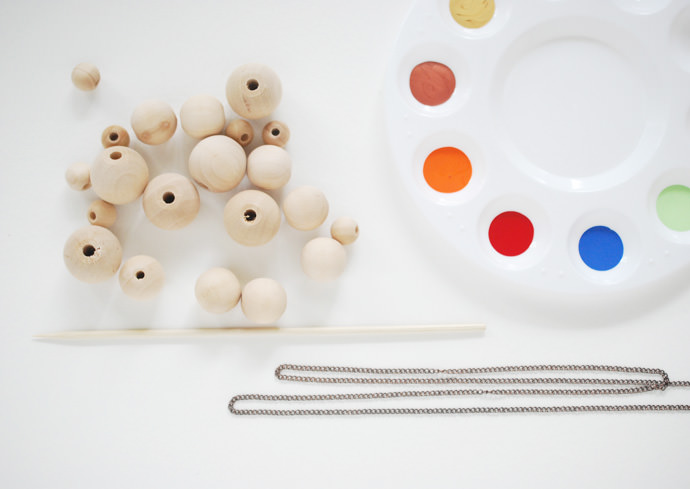 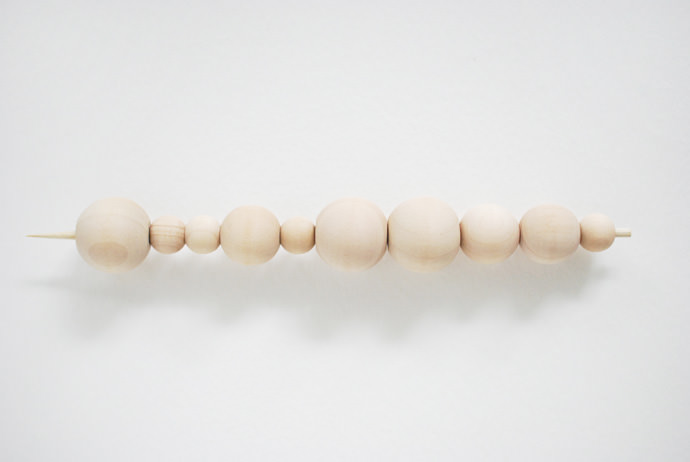 Choose which beads you will use for your solar system. The arrangement above shows the planets in order from left to right: Sun, Mercury, Venus, Earth, Mars, Jupiter, Saturn, Uranus, Neptune, and Pluto. (I’m one of those people who refuse to let go of planet Pluto. Yes, I’ll concede that it’s a dwarf planet, but it still needs to stay in the line up of planets.)

The largest are the Sun, Jupiter and Saturn. Even though they aren’t the same size, it made the most sense to have them be the same size bead.

In reality, the Earth is closer in size to Mercury, Venus, and Mars, but it was more visually pleasing to have it be the medium-sized bead.

Now it’s time to paint. It helps to place the beads on a wooden skewer as you paint. For each of these, use a combination of paints to get the look you like. Or use my painting guide.

When layering colors, you don’t need to wait until the paint has dried completely. On the ringed planets and Earth, wait before adding the extra design elements. 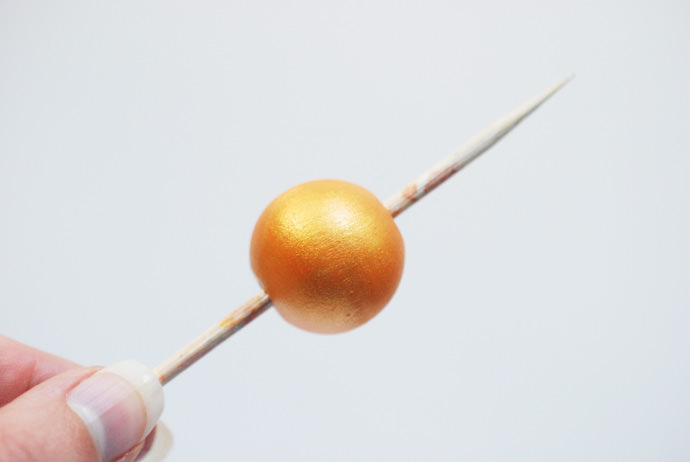 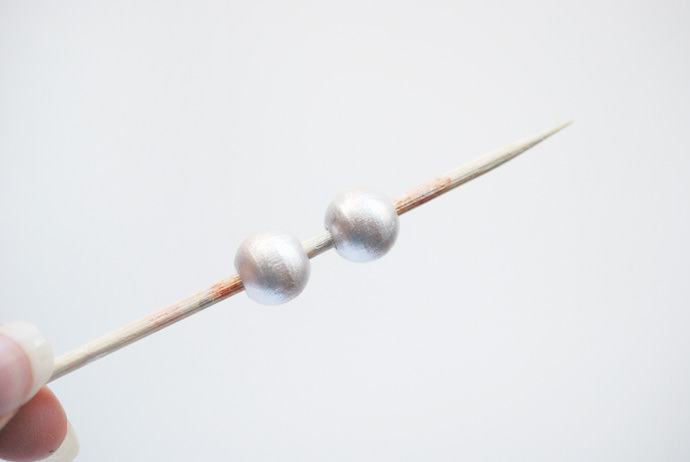 orange + a layer of copper 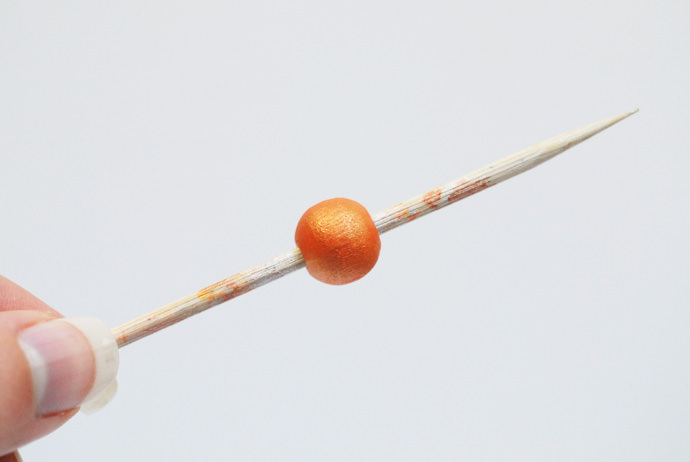 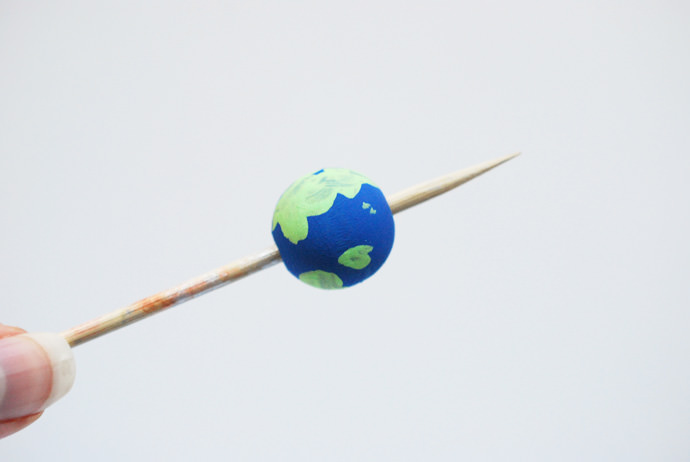 orange + a layer of red 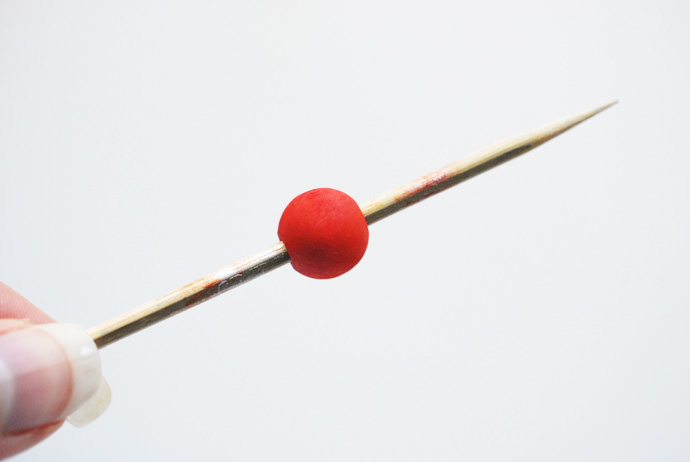 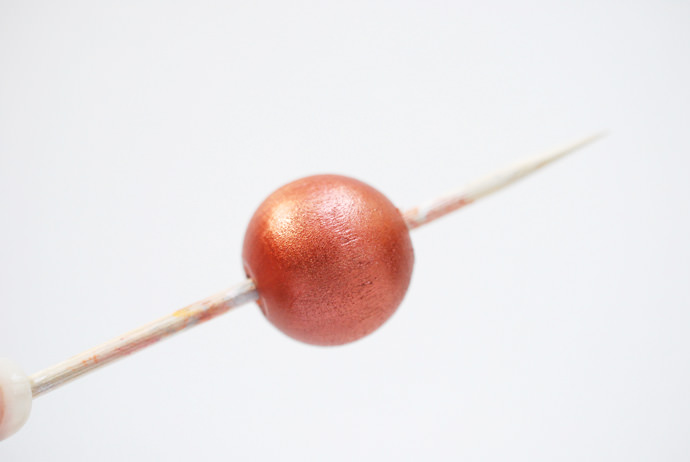 gold + a layer of silver + a stripe of gold 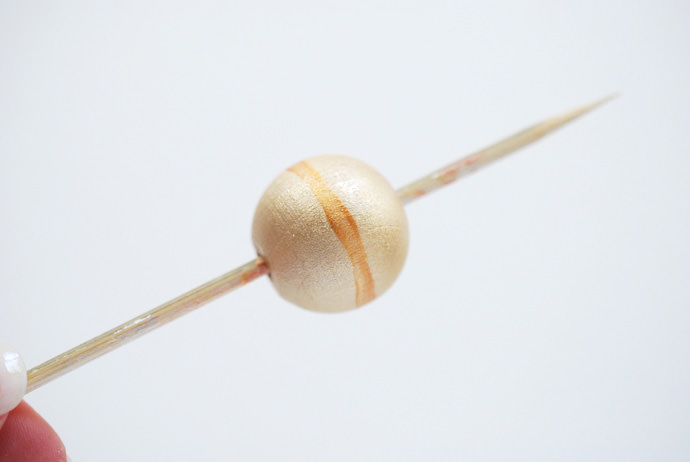 blue + a layer of silver 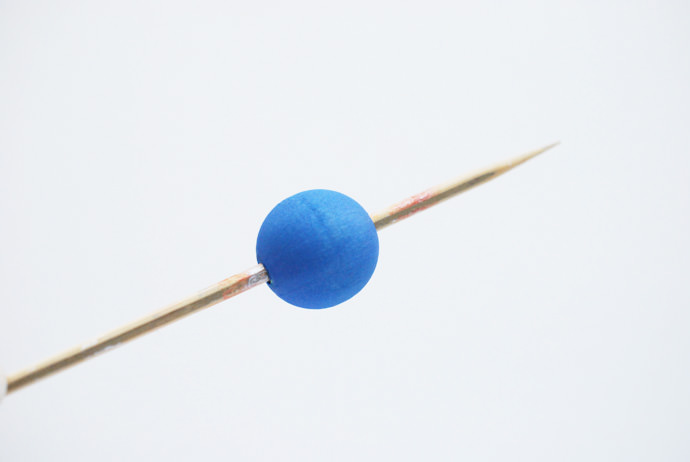 blue + a stripe of silver 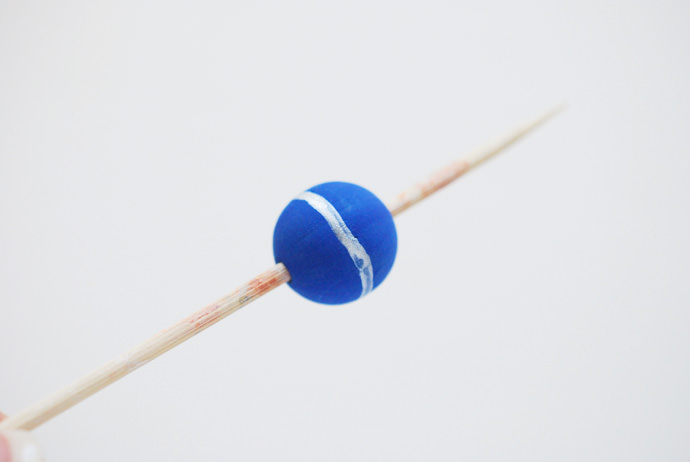 When the beads have all dried, slide them onto the necklace chain in the order they are from the sun. 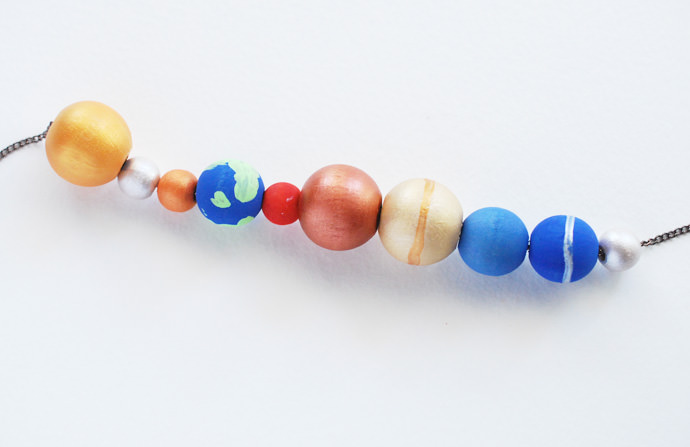 Note: for longer lasting beads, you may want to add a coat of sealer. 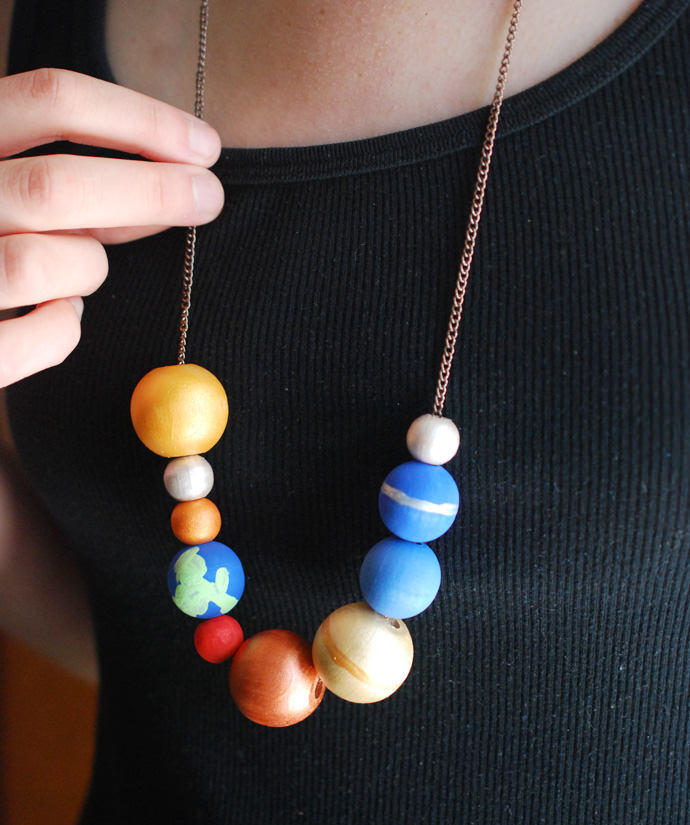 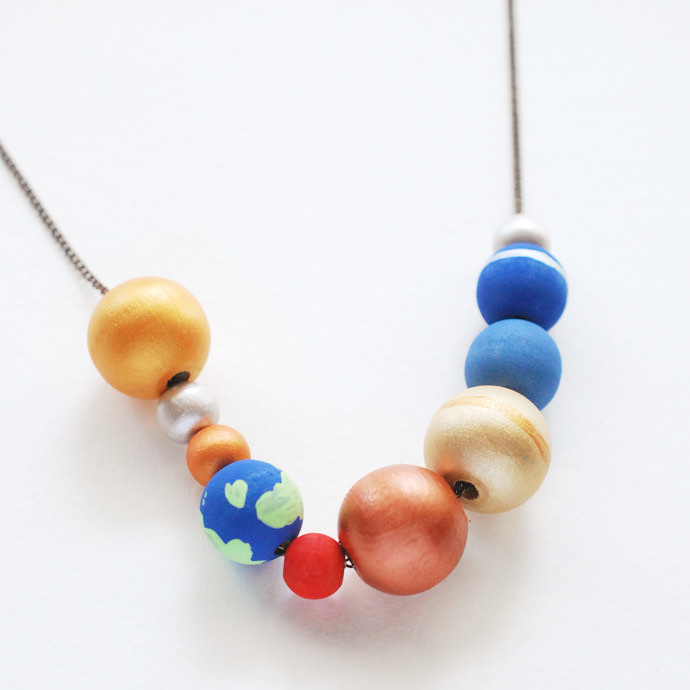 Now you can walk around wearing our beautiful solar system. Just prepare to be able to name all the planets (and that great big star and itty bitty dwarf planet!)