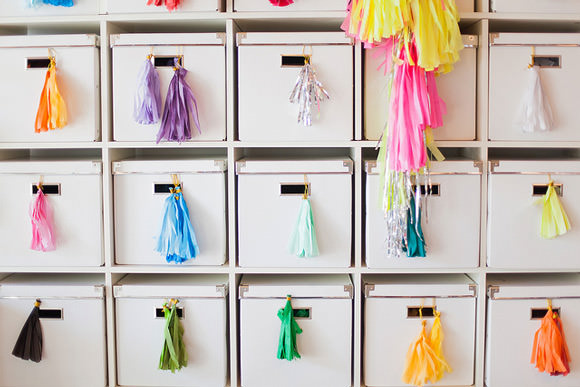 Organized streamers in the Los Angeles studio of balloon girl Jihan Zencirli of Geronimo. (via glitter and pearls) 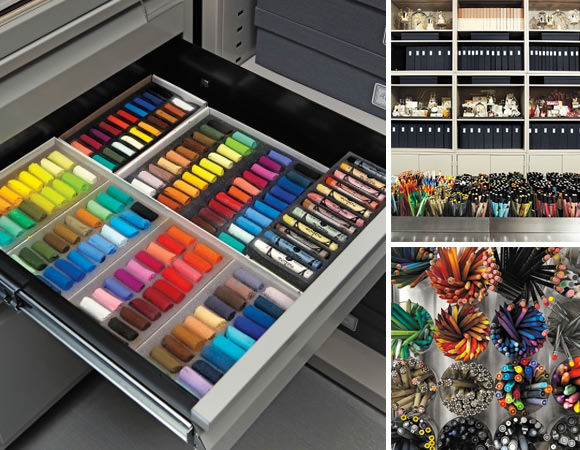 A drawer of carefully organized glitter and pastels in Darcy Miler’s craft room. Would you expect anything less from the editorial director of Martha Stewart Weddings? (via martha stewart) 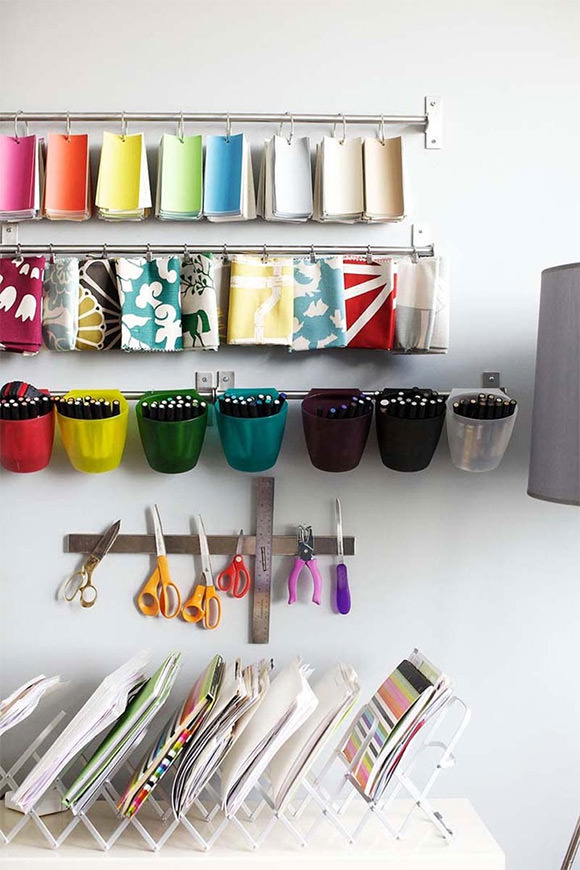 A clever way to organize swatches and a magnetic strip for keeping craft tools close at hand. (via pinterest) 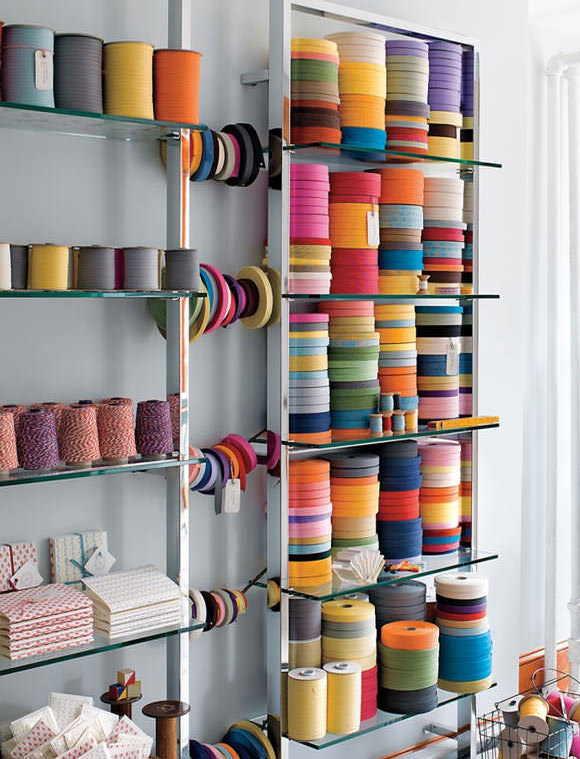 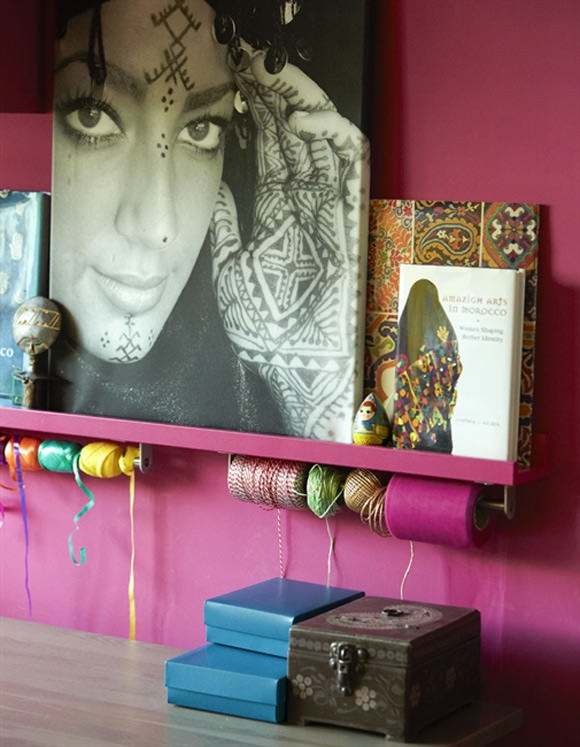 Mount a rail underneath a picture ledge to hold ribbons and string. (via ikea family live)