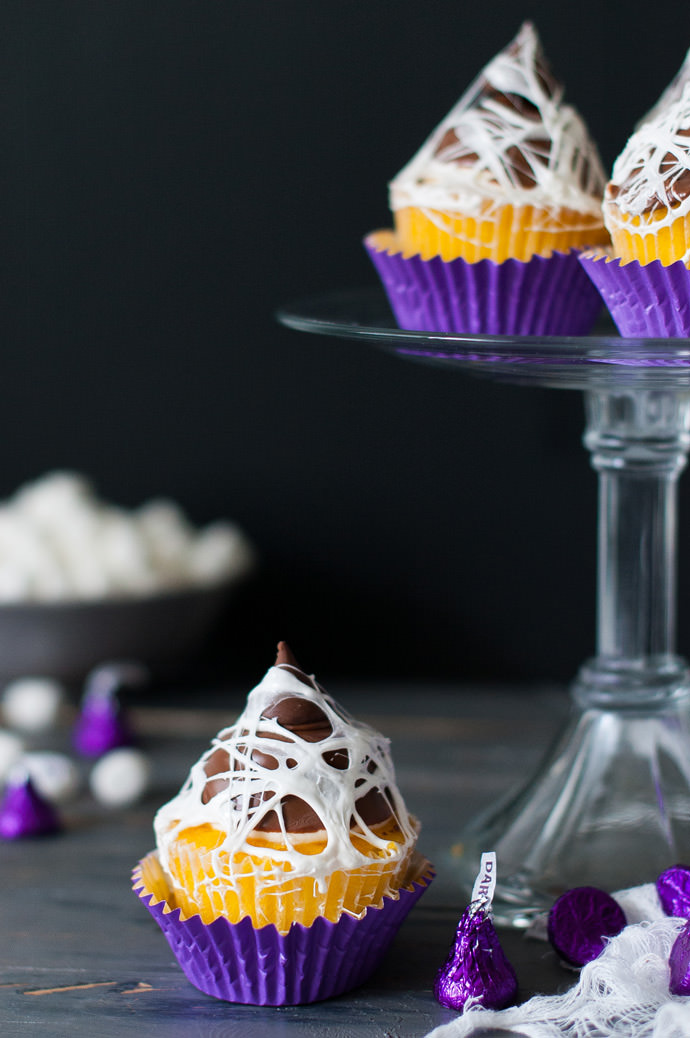 There is little else in the world more spooky to me than spiders. My children would strongly agree with me as they seem to have inherited my arachnophobia. This fear extends to spider webs, without a doubt. So when we are itching to create a spooky, extra creepy Halloween treat, the spider theme easily tops the list.

These cupcakes are covered in marshmallow “webbing” that is made by melting down mini marshmallows and using your fingers to stretch the gooey mixture over a HERSHEY’S Kiss topped chocolate frosted cupcake. The Kiss on top gives the shape of the frosting a somewhat sinister element with it’s delicious chocolate point.

I almost thought the web covered cupcake looked so creepy that it might deter the children from trying to get their hands on one! As it turns out, I was so very wrong. Apparently, there is no such thing as a dessert that is too scary. Even faux spider webs couldn’t stop my littles from gobbling up their eerie treats without a second thought. Little plastic spiders would have been the perfect embellishment for these cupcakes but I don’t think my little spider-fearing heart could handle it! 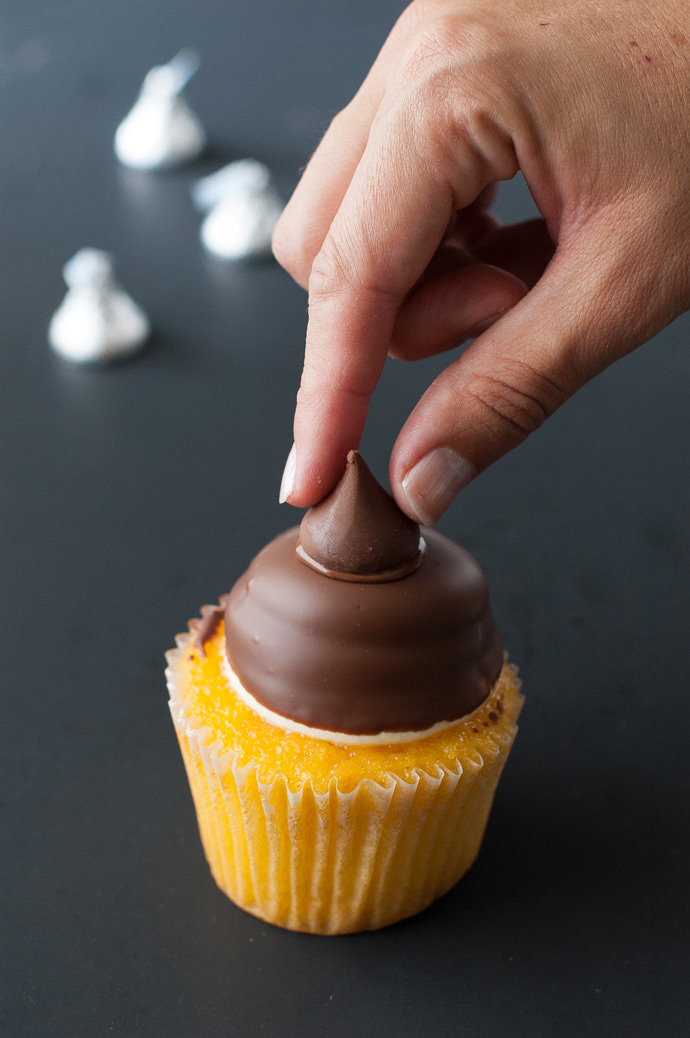 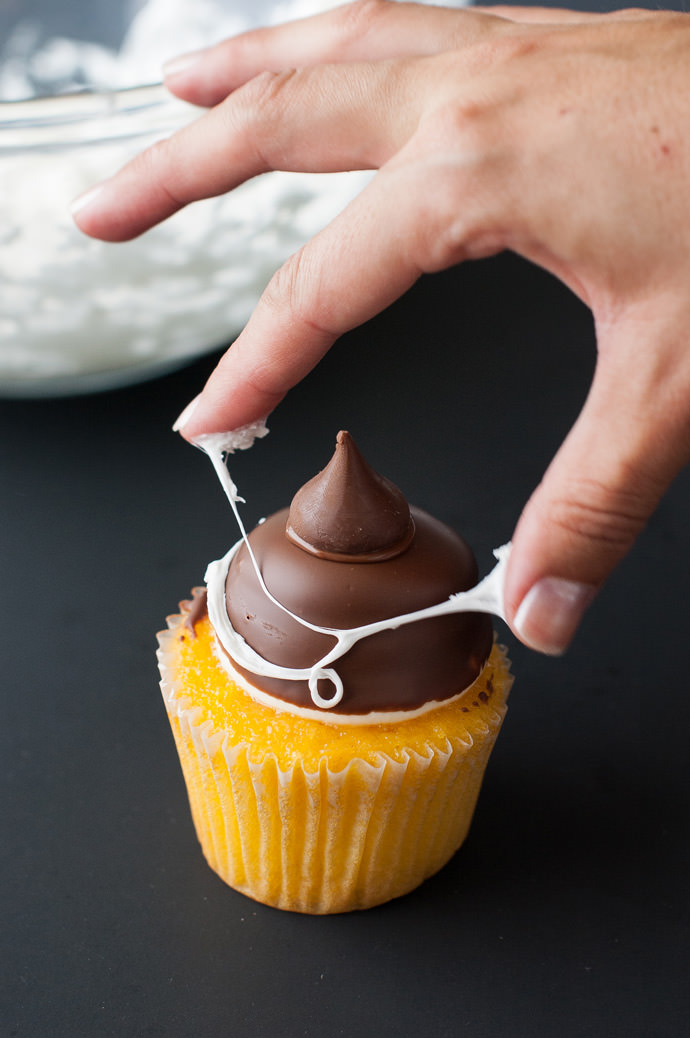 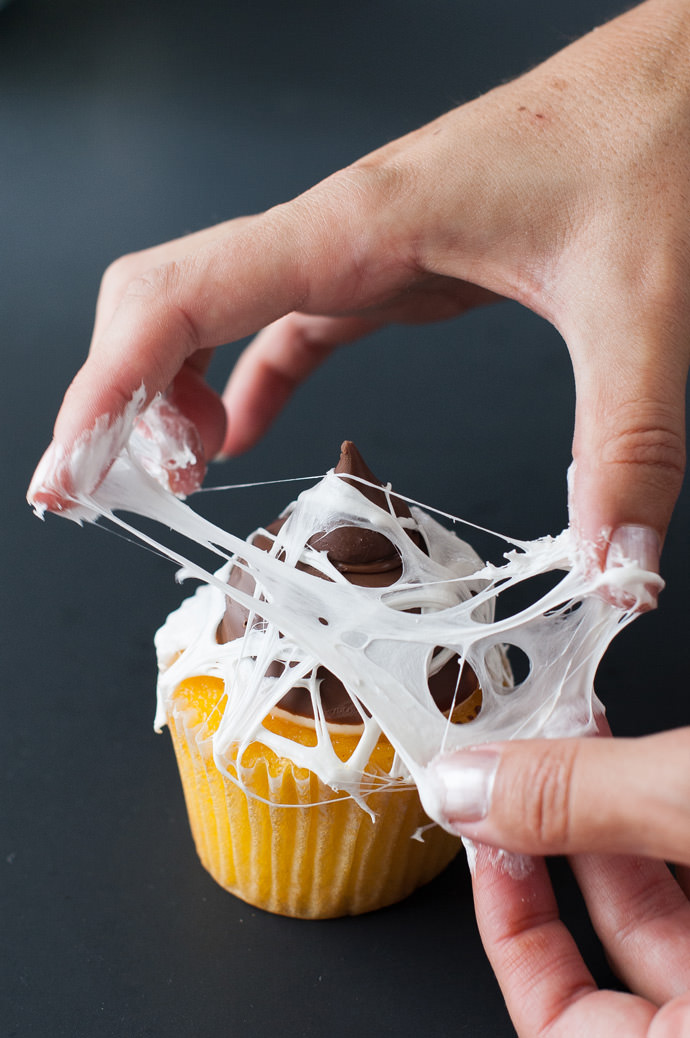 NOTE: Cupcakes can be refrigerated after the marshmallow web topping is applied but do note that it will become slightly sticky from the condensation. 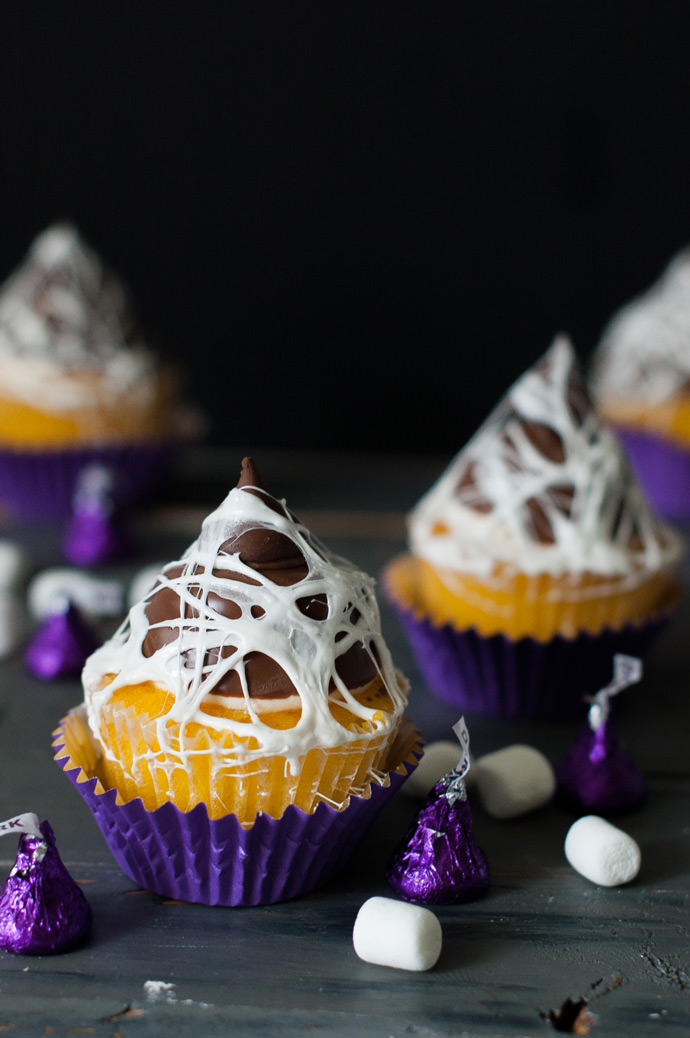