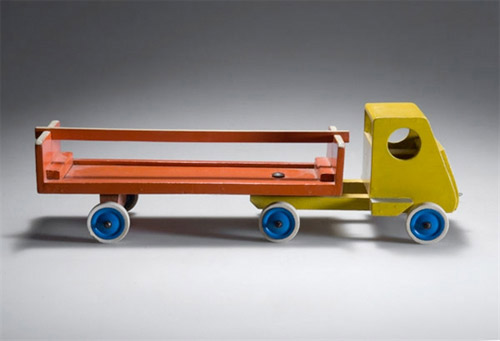 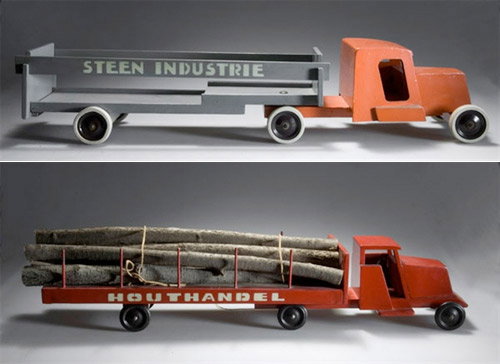 Dutch designer Ko Verzuu and his team at ADO made these gorgeous wooden toys (as well as many others) during the 1920s and early 1930s in Apeldoorn, Netherlands. ADO was a bit different than the typical toy company, mainly in that the toys were made by tuberculosis patients in the sanatorium Berg and Bosch. The workshop was part of a program intended to transition the patients back into productive members of society as they recovered.

The Consumer Product Safety Commission would have a field day with that one!

On a side note, it appears as though Ko Verzuu’s son has begun building exact replicas of his father’s legendary toys. No word on availability, but they are fun to look at!